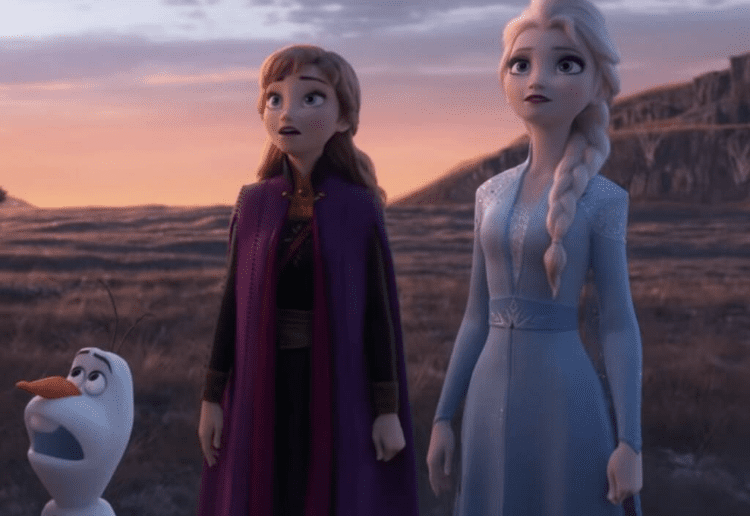 In a newly released video, featuring a deleted Frozen 2 scene, Anna finally finds the answers that reveal how her parents felt about her.

In the clip, we see Jennifer Lee and Chris Buck, directors of Disney’s Frozen 2 talking about the questions that Anna always had about her parents, King Agnarr and Queen Iduna.

“Anna was struggling so much in earlier versions with ‘Did my parents really trust me? Why was I shut out?'” Lee explains. “She still had questions she needed answers for.”

Watching the touching deleted Frozen 2 scene, I couldn’t help feeling a bit teary as Elsa was able to recreate a conversation between her parents using her power of manipulating water to reveal memories.

In the video, we see a rough animated storyboard depiction of Queen Iduna (voiced by Evan Rachel Wood) saying that she thinks it’s time to tell Anna the truth about Elsa.

“I can’t bear keeping her shut out anymore. She’s maturing now. She can be responsible.”

However, the King is afraid that this may have a negative influence on Elsa being able to manage her powers.

“It’s not Anna I’m worried about,” Agnarr (voiced by Alfred Molina) says. “What if we let them get close again and the feelings are too much for Elsa? Joy brings her powers out as strongly as fear.”

“But if anyone can find a way to help her, it’s Anna,” Iduna says. “Her love could hold up the world,”

“Lucky for the world,” Agnarr replies.

The royal couple then agree to tell Anna (Kristen Bell) the truth when they return, which we know sadly never happens.

In the scene, Anna watches her parents tearfully and then gives Elsa a hug.

Aw, so sweet! I wonder why they decided to leave the scene out of the final movie?

You can watch the deleted scene, titled “A Place of Our Own,” below.

What did you and the kids think of Frozen 2? Any guesses why they deleted this scene? Tell us in the comments below.