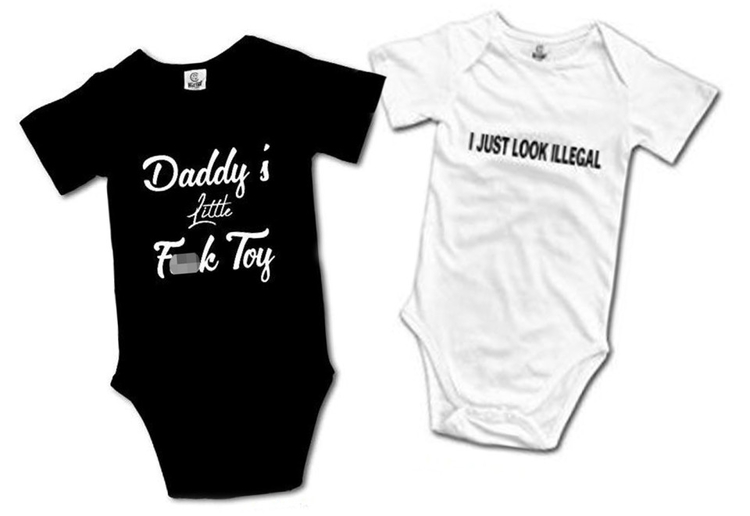 Amazon is being criticised for selling baby onesies that feature pro-paedophile slogans that could put young children in danger.

Online retail giant Amazon has come under fire for selling baby grows featuring vile pro-paedophile slogans. The Sun reports that experts who deal with child sex abuse say that the online store should have checked the products more carefully before advertising them. They also believe that they normalise the use of such language when referring to infants and children.

Professor Marci Hamilton, CEO of Child USA, told news.com.au that the onesies could encourage predatory behaviour. “It is outrageous that baby clothing with this language appears anywhere on the web let alone Amazon,” she said. “It is the first time we have seen such wording aimed at paedophiles on clothing for babies. It has a way of normalising the activity (child sexual abuse) which is extremely dangerous to children.” Shoppers on the site were horrified to discover the items and took to social media to express their disgust. “People say this stuff being for sale on Amazon isn’t Amazon’s fault as it isn’t their product. Bullhocky.” wrote one angry commenter. “This is the second sickening item that’s been found for sale via their platform in a couple of days. Sort it out!” “I just can’t with people,” wrote another. “How anybody could think this is ok is beyond me.”

Too Little, Too Late

When approached for comment, Amazon said that they will ensure the seller is prevented from advertising such products again. “All marketplace sellers must follow our selling guidelines and those who don’t will be subject to action including potential removal of their account,” they said in a statement. “The product in question is no longer available.”

The fact that these products are able to be bought and sold online makes us feel sick to our stomach. While we appreciate that monitoring millions of sellers is extremely difficult, Amazon needs to make sure this never happens again.

Have you seen a baby onesie with a slogan that has made you uncomfortable? Let us know in the comments.