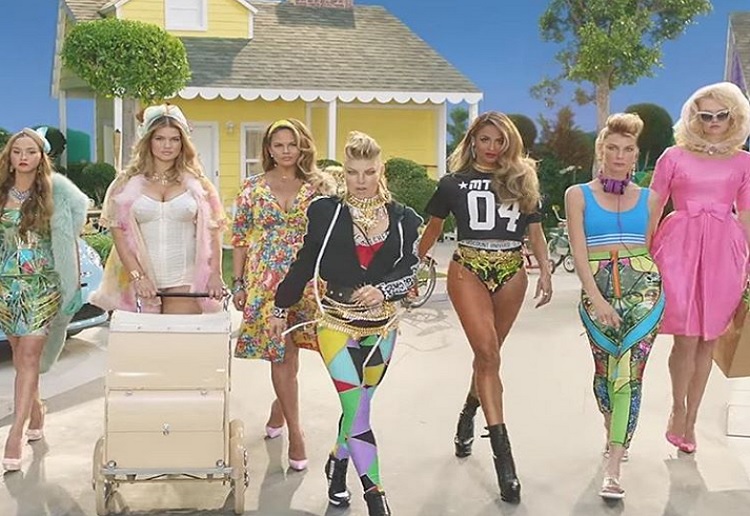 The clip takes a stand against breastfeeding stigmas (Chrissy Teigen can be seen breastfeeding her daughter Luna with a badass “Got a problem?” stare), and flips two fingers at society’s insistence that older women – and especially mums – can’t be sexy.

“Changing the acronym to Moms I’d Like To Follow is about empowering women who do it all,” Fergie, who has a three-year-old son with actor Josh Duhamel, told Entertainment Weekly ahead of the clip’s release.

“They have a career, a family, and still find the time to take care of themselves and feel sexy. With a wink of course.”

Not everyone thinks it is empowering though. In a recent Facebook post The Milk Meg shares her frustrations about the clip saying “Breastfeeding in a music video…good. Totally sexualised…bad. Our work to normalise breastfeeding continues!”

Many comments defend the video and say they honestly can’t see a problem.

Meg replies, “Anyone saying this isn’t sexualising it…did you see what happens right after the shot of her breastfeeding?! Are we so desensitised we don’t even realise what we’re look at? And I am NOT saying you can’t look sexy while breastfeeding. Of course you can! But come on people…that’s not the take home message from this video. Let’s be honest here…”