Article Does Your Child Never Answer Your Texts? There’s An App For That! 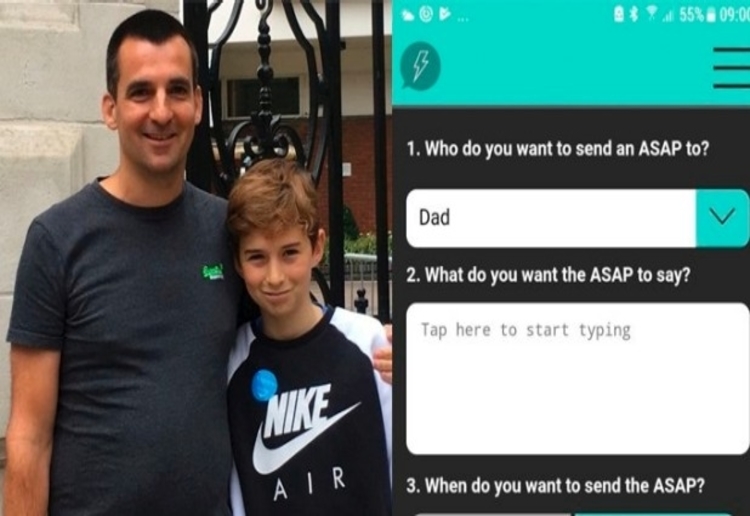 This British dad has created an app that will make unanswered texts a thing of the past.

For most parents, the main reason for giving their child a smartphone is to be able to communicate with them.  Difficulty arises, however, when it turns out that your child is less interested in responding to your calls and texts and is more concerned with their Instagram profile. Thankfully, there’s a new app on the market designed to solve this very problem.

British dad Nick Herbert created ReplyASAP as a solution to his son Ben’s inability to respond to important messages. The app temporarily freezes the recipients phone until they respond to the message, which is sent via the app, and will play a loud alert tone if it is ignored, even if the phone is on silent. “ReplyASAP makes messages unmissable between people that matter since important messages shouldn’t be missed,” Nick said. Essential Kids says the app was designed to motivate children to answer their parents by using a ‘currency’ important to them – access to their phone. We can hear teenagers everywhere cursing Nick and his app already…

While the app isn’t a magic solution – kids can still turn off their phone if they don’t want to be contacted – it does attach a level of responsibility to owning a phone. The independence that goes along with phone ownership is, to some extent, a privilege. Nick hopes the app will help educate users about the types of messages that require a more immediate response, and give parents peace of mind. We’re guessing using the app will take some practice for parents as well as kids – as tempting as it might be to use it for absolutely everything, it’s probably best to save it for when you really need it. Your kids will thank you for it.

What age do you think children should own their own smartphone? Let us know in the comments!