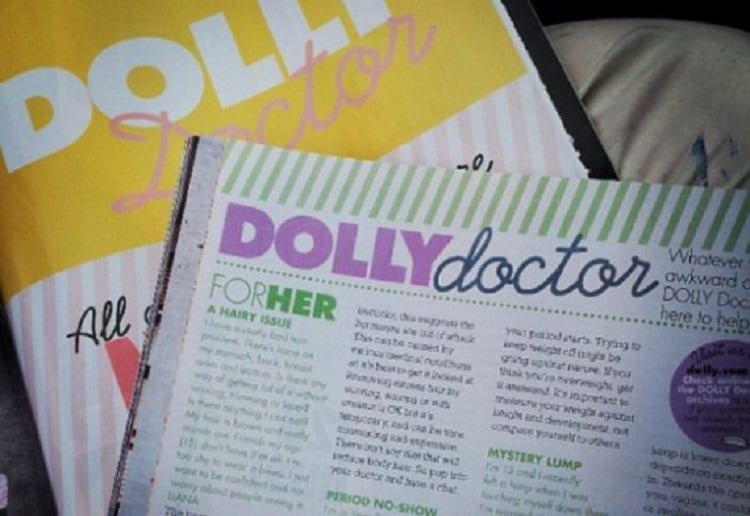 The real-life doctor who was behind the sealed section of Dolly magazine has revealed the commonly asked questions she received from generations of girls.

For 23 years, Dr Melissa Kang, from Sydney, answered all your secret problems because you were too ‘embarrassed’ to talk to your mother or a doctor about them.

Speaking to ABC’s Throwback, Dr Kang offered a glimpse into the intimate handwritten letters she received from young anonymous readers before emails were a thing.

‘I really felt like I was building some kind of relationship with them, even though they didn’t know me and I didn’t know them at all. I believed I was talking to an individual person, but also maybe half a million at the same time – it was a very weird feeling,’ she explained.

Dr Kang said when she got emotionally carried away after reading letter after letter, she had to remind herself she was a doctor, and not their mother.

‘Every single month when I wrote for Dolly I would have loved to give one great big collective hug because of the angst that was expressed. Sometimes that was an overwhelming feeling and I had to hold back in the way I responded because I was a semi-anonymous health professional, not their mother,’ she said.

‘One of the things people always ask me is “were those questions real?” Yes, every single one of them was actually sent in by a real young person,’ Dr Kang said.

Did you ever write into Dolly Doctor as a teen?