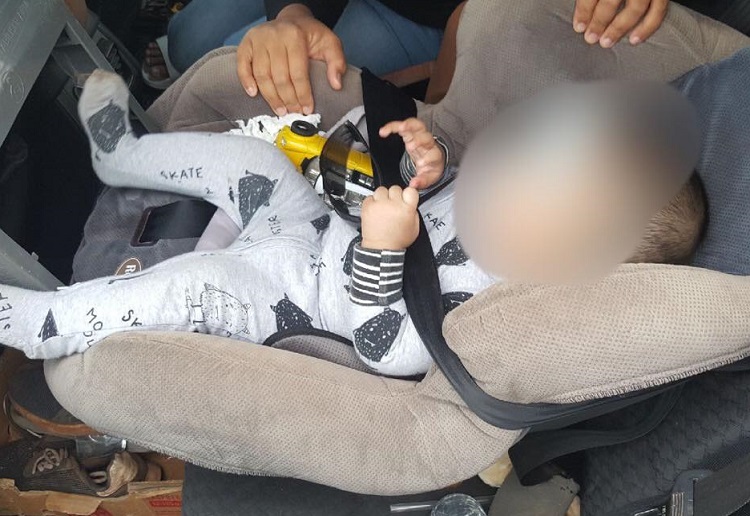 A driver has fined after a baby was found strapped in a “very dangerous position” in a car seat.

The driver, a 27-year-old man, was pulled over for a random breath test on the Sturt Highway, west of Euston in southern NSW, on Sunday about 3.30pm.

Police say the man was driving on an international license.

“Seated in the rear seat was a 24-year-old female and a seven-month-old baby,” NSW Traffic and Highway Patrol Command wrote on Facebook.

“The baby was positioned forward facing in a car seat that was of very poor condition.”

The seat also “was not secured or anchored in any way”, police said.

“The child did not have any seatbelt adjusted or fastened and was in a very dangerous position for a child of that age,” police said.

The boy and his mum were escorted by police to a nearby town to get a proper seat for him as officers had “serious safety concerns”.

“All children must be safely fastened in the correct child car seat for their age and size,” police said.

“A child who is properly secured in an approved child car seat is less likely to be injured or killed in a car crash than one who is not. Children under six months must be restrained in an approved rearward-facing restraint.”

The man was fined $337 for “driving with child older than six months but less than four years not restrained as prescribed” and received six demerit points.

He was also fined for driving an unregistered vehicle which carries four demerit points and a $1422 fine.