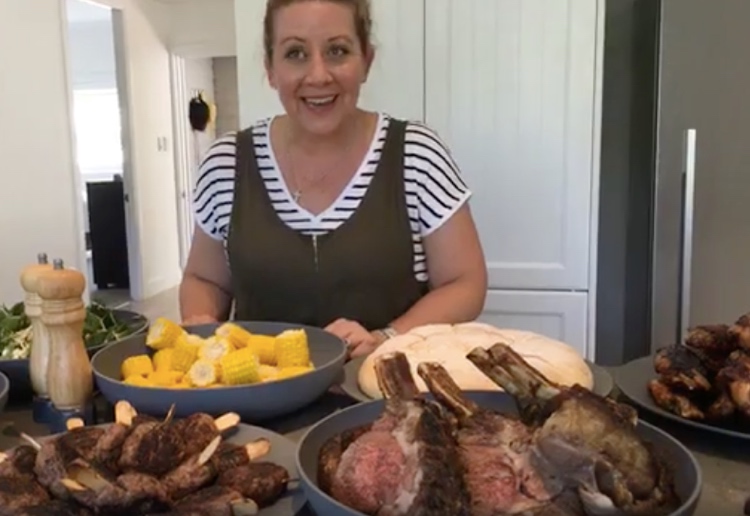 The MoM team have gone all Cave Man these school holidays in celebration of the Aardman movie EARLY MAN, showing at a cinema near you right now.

For dessert, the little cave kids helped to make a Chocolate Cave Man Dirt Cake. We took two pre-prepared chocolate mud cakes, iced it with ready-made frosting and topped it with a variety of treats – mini-marshmallows, lollies, chocolate buttons and topped with a generous sprinkle of dirt (ie Milo). The cave kids had so much fun!

You can make your own Cave Man feast at home and make sure you take the kids to see EARLY MAN at the movies.

About The Aardman Movie EARLY MAN

Set at the dawn of time when prehistoric creatures roamed the earth, Early Man tells the story of courageous caveman Dug (Eddie Redmayne) and his sidekick Hognob who, together with their fearless new friend Goona (Maisie Williams), must unite their Stone Age Tribe against the mighty Bronze Age enemy, Lord Nooth (Tom Hiddleston).

From four-time Academy Award® winning director Nick Park and AARDMAN, the creators of Wallace & Gromit and Shaun the Sheep, the hilarious Early Man is in cinemas these school holidays!

Find out everything there is to know about EARLY MAN at earlymanmovie.com