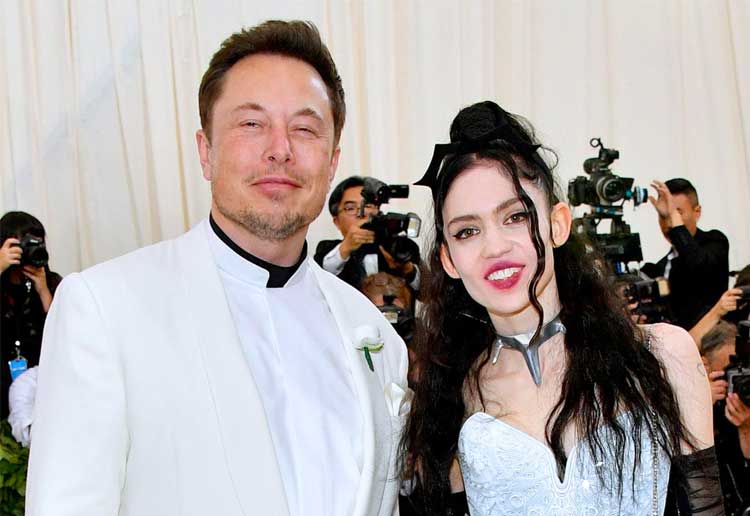 It’s baby number two for Grimes and Elon Musk, a little girl with a name just as unique as her big brother, X Æ A-XII.

The singer, whose real name is Claire Boucher, revealed that she and Elon secretly welcomed their daughter via surrogate in December, during an interview with Vanity Fair. The couple had been keen to keep their new arrival out of the limelight, until the baby was overheard crying during the interview.

“I don’t know. I don’t know what I was thinking,” Grimes said after trying to conceal her bundle of joy.

The 34-year-old revealed her daughter’s name is Exa Dark Sideræl, but they call her Y. Her older brother’s name is pronounced X A.I. Archangel, but he’s known as X.

While Elon and Grimes separated in 2021 after three years together, it appears they’re now back together. Kind of.

“I would probably refer to him as my boyfriend, but we’re very fluid,” Grimes told Vanity Fair. “We live in separate houses. We’re best friends. We see each other all the time. … We just have our own thing going on, and I don’t expect other people to understand it.

“This is the best it’s ever been. We just need to be free.”

And there are plans for more babies in the future, with the mum-of-two saying they’ve always wanted three or four children.

Elon has five sons with his former wife Justine Wilson: twins Griffin and Xavier, 17, and triplets Damian, Saxon and Kai, 16.