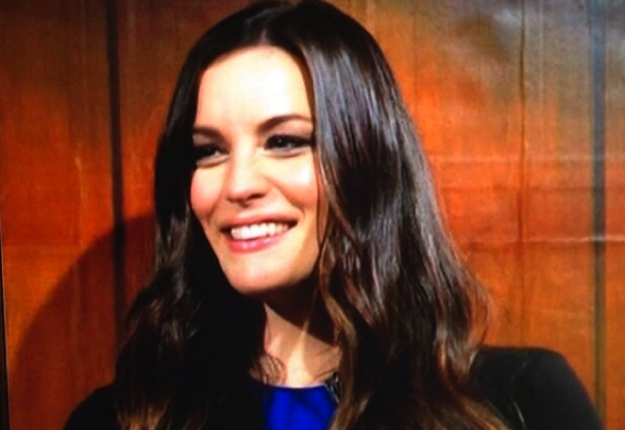 The actress, who has a 9-year-old son, Milo, with her musician ex-husband Royston Langdon, is expecting again!

Her boyfriend is British football agent Dave Gardner, who is friends with David Beckham. (Perhaps Victoria will throw her a baby shower?) They were reportedly set up by Kate Moss.

The Leftovers star hasn’t commented yet on the news, but in 2008 she said, “Experiencing a child growing in your body just gives you such a newfound respect for the human body.”

“It’s just fascinating. It gives you this sense and this feeling of timelessness, this sort of evolution of man and what a miracle it is that you get pregnant at all.”

“It’s not like you take a special pill and this pill makes the baby grow. The baby just grows, without your even doing anything but breathing and sleeping and eating. That is an amazing feeling. You feel so proud of your body.”

Multiple sources confirmed the news to E! and to Us Weekly after photos emerged of her covering up her stomach in New York. Just recently the new couple were spotted on holiday in Europe, kissing and taking selfies.

It’ll be a blended family for Liv – her boyfriend has two children of his own with ex-wife Davinia Taylor. “Dave’s perfect for her,” a source told Us Weekly.

Sending our congratulations to Liv and Dave on their exiting news.