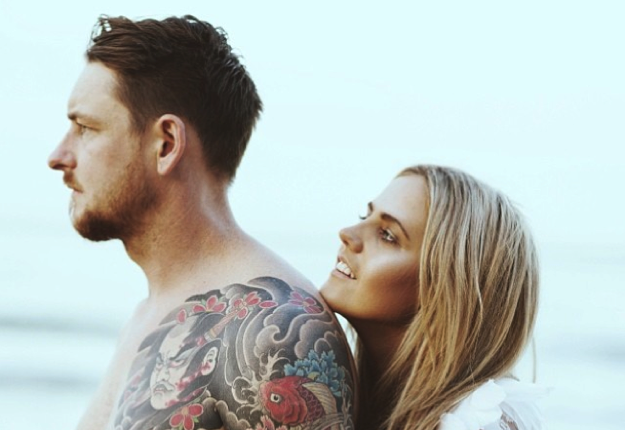 A little over a month ago, The Block’s Dale Vine was quoted as saying “kids will happen when they happen.”

But it appears that he and wife Sophie were actually expecting at the time.

The loveable tradie took to social media on Sunday to reveal that their first child is due to arrive in December, posting:

“@sophie_vine and I have kept a secret for 20 weeks now, and when we asked our ‘baby to be’ if it was cool to tell everyone at the 20 week scan, he/she gave us the big thumbs up! Yeeeeeeeeeeeeeeeew baby coming in December! #LegitUltraSoundPhoto #DefinitelyMyKid

Wife Sophie followed it up with a gorgeous photo of Dale reading their bub a story, posting:

Celebrating their third wedding anniversary back in April, the Geelong-based couple became household names after competing in the 2012 series of The Block, pocketing $355,000 for the sale of their Melbourne terrace.

Vine returned to the Fans vs. Faves series with fellow contestant and friend Brad Cranfield, with the pair winning $507,000.

Sending the couple a huge congratulations on their very exciting news. We can’t wait to see the new arrival.