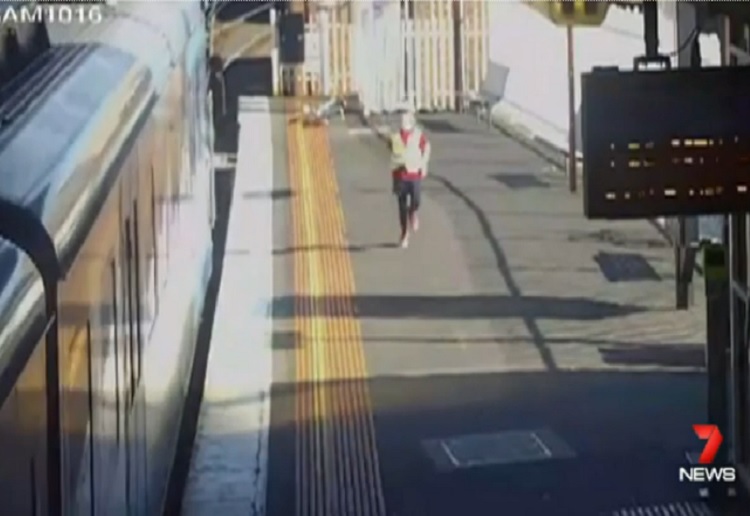 Video shows 7 year old boy running down a train platform in distress after a train’s carriage doors shut him off from his family.

Andy and Gen Ashton, their two young children and a family friend were on their way home from a bike ride in Melbourne when the terrifying event took place, reports 7 NEWS.

Seven-year-old Zari was the last of his family to board the train and while attempting to wheel his bike on to the carriage, the doors shut on him and he was left alone on the platform.

The terrified young boy can be seen screaming, dropping his bike and running down the platform in an attempt to chase the train down.

Desperately, his distressed family and other passengers frantically try to make the driver stop the train by pressing on the emergency intercom buttons.

“We’ve just got on a train and left our son at the station at Newport, he missed the doors closing, we’re hoping someone can look after him until we get back there,” Andy told the operator.

The operator responds: “Did he look ok? Was he distressed?”

After an agonising 10 minutes, the Ashton family got off at the next station, Spotswood, and rode back to rescue the little boy.

Upon finding his son, Andy said Zari burst into tears and told 7 News he doesn’t want another family to go though the same traumatic experience. 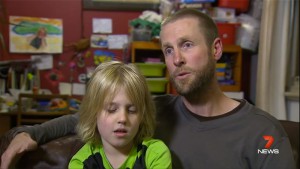 “I remember looking out from the train and seeing his face through the window of the train,” he said.

“It was a really scary feeling seeing your son looking terrified and not being able to help them at all.

“It was probably the worst moment of my parenting life and seeing my partner looking very upset.”

Zari’s angry parents say metro has done nothing to stop it happening again.

“It’s not unusual things to have sun glare or be unsighted that’s a common occurrence,” Andy told 7 News.

“I think what’s unusual is the person they left behind was wearing a high-vis vest and bright yellow hair.”

After conducting an investigation, Metro’s only response is to advise large groups travelling with children or bicycles to board as close as possible to the front of the train to ensure the driver can see them.