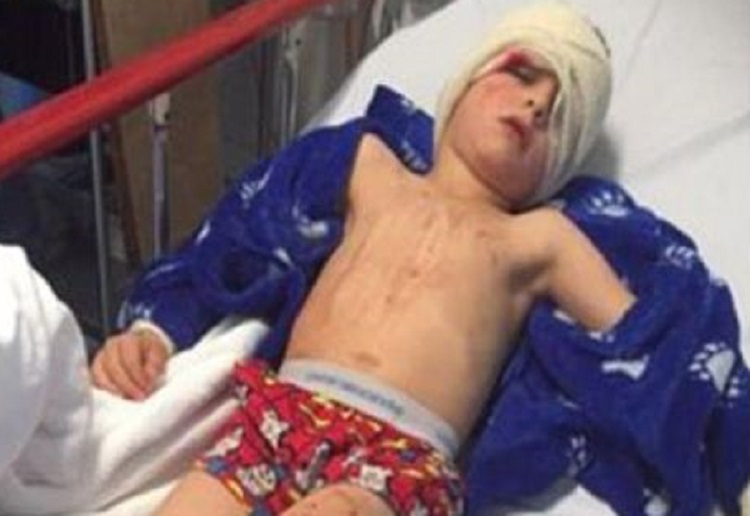 A four-year-old Perth boy has been seriously injured by exploding glass while he was taking a shower.

Cruz Tilbury was showering in his mother’s ensuite as she laid out his pyjamas when she heard the heart-stopping explosion.

Running around the corner, she said she found her son was screaming in agony.

“He didn’t hit [the glass], there was nothing in the shower with him… it just exploded,” Megan Tilbury told Radio 6PR.

“He got lacerations to both arms, his head and his chest, muscle damage in his arm… the plastic surgeon said he was so lucky that’s all that happened.” 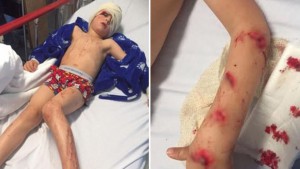 “These things happen” according to the glass installer

While her son recovers from surgery in hospital, Ms Tilbury’s sister contacted the installer who reportedly told her “these things happen”.

“My sister rang the installer when my son was in surgery… and he sounded remorseful and said he would come out and replace it for free.

“He cleaned it all up and said, ‘these things can happen’ and that he couldn’t replace it for free as it didn’t have a warranty.”

Ms Tilbury has since had other glass panel experts inspect the damage who told her that the installer had not placed brackets between the glass panels and the shower tiles.

“He said there should have been a bracket,” she said.

A spokesman from the Building Commission told Ms Tilbury the incident could have been due to poor workmanship or a faulty product.

Ms Tilbury is speaking out to warn others about the possibility of the same thing happening to them.

Oh gosh what a horrible thing to happen! That poor little boy.