Article FUNNY: Kids answer “If Santa was a woman could she do the job?” 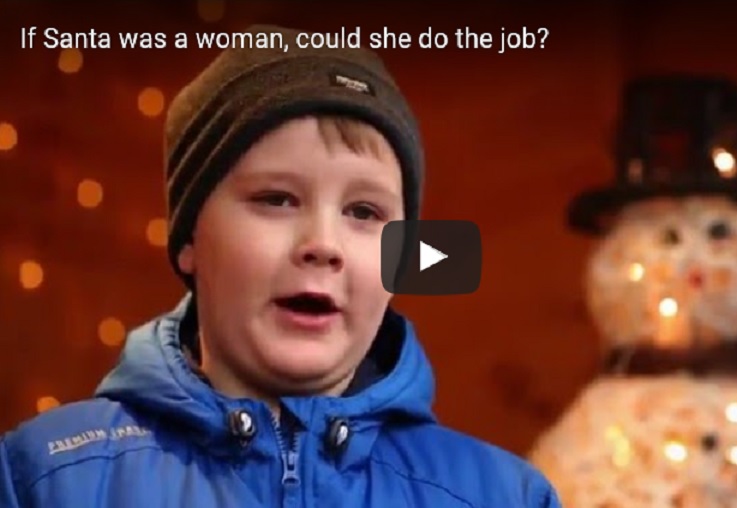 Must watch – If Santa was a woman, could she do the job? The answers will surprise you.

Creative agency Anomaly, based in London, asked children ‘If Santa was a woman, could she do the job?’ they gave surprisingly old fashioned answers. Some even saying she wouldn’t be strong enough and she would get lost!

Some of the responses included:

“Number one, she would get lost in the sky.”

“She’d have to go to the gym first, presents would ‘be too heavy for a lady.”

“I think a lady Santa would be better because she could fit down the chimney quicker.”

“better at bossing around the elves.”

One young girl said: “Santa’s stronger than a girl Santa,” a young boy who disagreed and replied: “How do you know?”

He also said: “Girls aren’t any different than boys.”  (We LOVE this kid!)

Stuart Smith, Anomaly partner and chief strategy officer, said in a statement: “We tested the idea by asking my kids, and their answers were uncomfortably surprising.”

“What started as a bit of elfish fun about one issue, surfaced another. Who and what are shaping our children’s gender perceptions?”