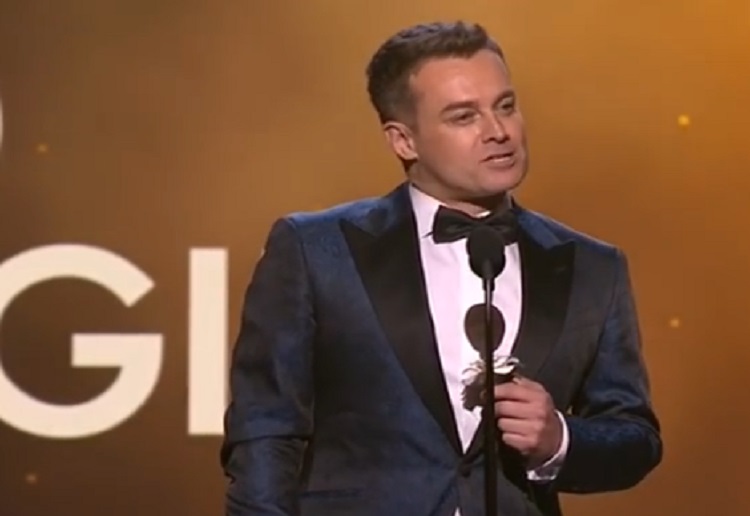 Grant Denyer shared a very emotional and inspiring speech last night after he was awarded the TV Week Gold Logie.

In his emotional speech, Grant said that Family Feud had come along at a time in his life when he wasn’t sure if he would ever work again, referencing unspecified health problems that had derailed his career.

“I wasn’t very well…. I was pretty sad and a bit lost and was in a bit of a hole. I was very unwell and it gave me a ladder out of that hole that particular time. It gave me my mojo back, it gave me my courage and confidence,” he said.

Grant gratefully thanked his beautiful wife Cheryl and also credited a mentor that gave him a chance as a young kid that could barely write or spell.

“When we look back at the start of my career… I wasn’t smart enough to get any other job and I could barely spell…. look at me now!”

I think this realisation will give so many young kids that fighting hope that there is always a chance. Never give up on your dream.

Watch the full speech below

Plenty of famous celebrities actually failed school but never let that hold them back.

Robbie Williams
The singer, left school without any qualifications.

Tom Cruise
The actor, struggled with dyslexia. Tom says: “I was a functional illiterate.”

Cameron Diaz
The actress, dropped out of school at 17 after being offered a modelling contract.

Sir Elton John
Ond of the best-selling music artists ever quit school at 16 to play piano at a pub.

Johnny Depp
The Pirates of the Caribbean star was given a guitar aged 12 and dreamed of being in a band. He quit school pursued a music career and then turned to acting.

And that’s just to name a few!