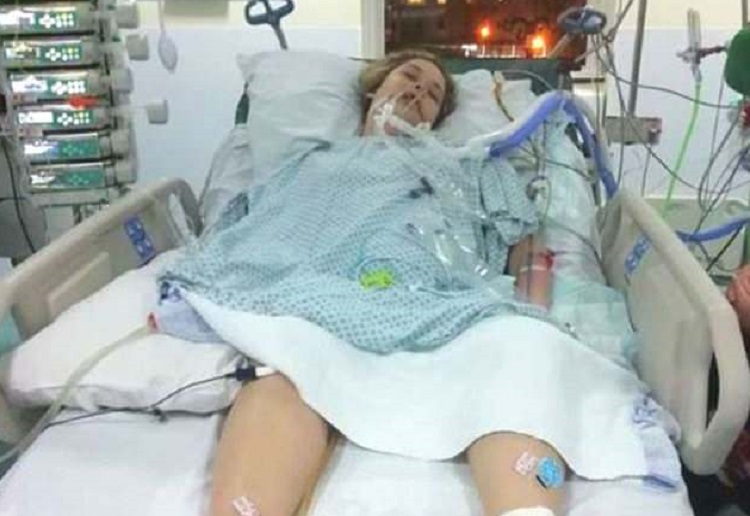 “We want this picture to stand in Shakira’s honour and memory as a warning to others.”

The devastated mother of a 15-year-old girl who died after supposedly taking a single ecstasy pill has released an ‘awful’ photograph showing her daughter in hospital.

Shakira Pellow collapsed on Friday night and died the next morning after allegedly taking a pill bearing the logo of the toy brand Duplo, reports Daily Mail.

Now the schoolgirl’s mother has published a picture of Shakira before she died to warn others of the danger of drugs.

Lee Butcher, the partner of mum Rita Hole, explained: ‘It is the most awful picture and we discussed whether to release it or not.

‘However, we want to say to other teenagers, if you carry on taking this stuff, this is what’s going to happen to you.

‘Our Shakira is not coming back from this. This was her life and now it’s gone – it could easily be you.’

He added that he believed Shakira ‘was going to come through it’ when he took the picture.

‘I took the picture thinking I would show it to her later,’ he said. ‘We never thought it would go any further but now we find ourselves in these sad circumstances.

‘We want this picture to stand in Shakira’s honour and memory as a warning to others. We want it to help others by showing it.

‘These drugs are not about having fun – it’s killing people.

‘We would urge anyone who has these tablets to hand them in to the police and to say where they got them.

‘It’s not grassing and it’s not turning on people, because they are not selling what they say they are. This is about saving lives.

‘We just want to raise as much awareness of this as we can. If we can save just one life, it will be worth it.’

Three other 15-year-olds who had been with her were taken to hospital at the same time.

A Devon and Cornwall Police spokesman said: ‘All four teenagers are believed to have taken the same unknown substance, which police have seized and will be subject to further examination.’

Detective Superintendent Roy Linden added: ‘This is a truly tragic incident in which a young girl has lost her life.

‘We want to warn children and young people of the dangers surrounding taking drugs. This is a tragic incident, and we do not wish anyone in our community to go through the same ordeal.’