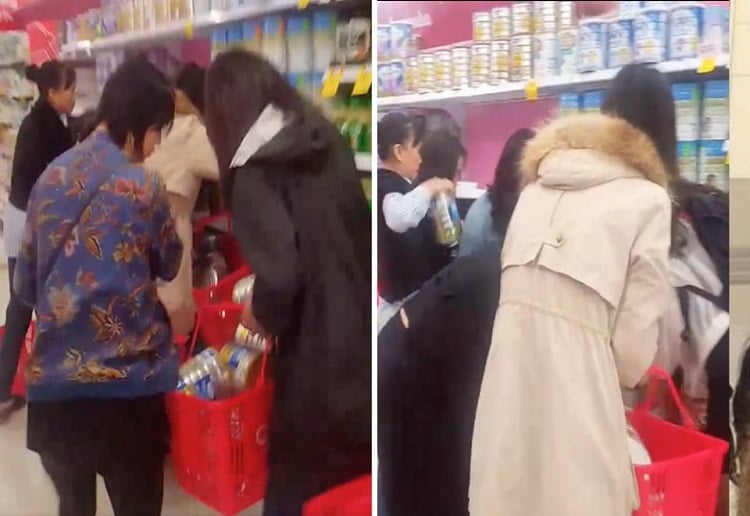 A group of women have been filmed grabbing tins of baby formula off shelves at a Queensland Coles.

Shoppers say is a “daily” routine that has left them fuming.

9 News reported that Cindy Emma posted video to Facebook that captured the group of women huddled around the baby formula in the Brisbane Coles earlier this week.

“This is what happens every morning,” she wrote in a post to Coles. 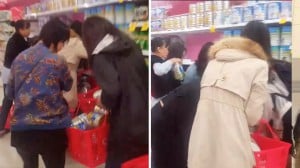 “Same people every day literally running into the store fighting each other grabbing as much baby formula as they possibly can.

“They are lined up in the morning before the store opens.

“About 10 of them the same people every day at the same store.

“(They) laughed at me thinking it’s funny when I questioned them about it.”

Coles responded to the Facebook post saying there is a “strict limit of four tins per customer” – although Ms Emma does not believe it is being enforced.

“I have spoken to your staff in store and have been advised by your staff that this is not the case.”

In June we shared a shocked mum witnessed an ‘organised ring’ of shoppers stocking up on baby formula by sneaking dozens of tins through the check-out at her local Coles supermarket in Sydney.

Both Coles and fellow supermarket giant Woolworths have enforced a limit per customer for baby formula after demand skyrocketed overseas which led to an alarming shortage in Australia.

In 2015 the baby formula shortage epidemic hit breaking point after it was found Chinese nationals were being recruited to buy it in bulk and resell it back in China on the black market.

Stores were forced to introduce country-wide customer limits for the formula as the shelves ran dry and Australian mothers were left without nourishment for their infants.

Have you witnesses this at all?