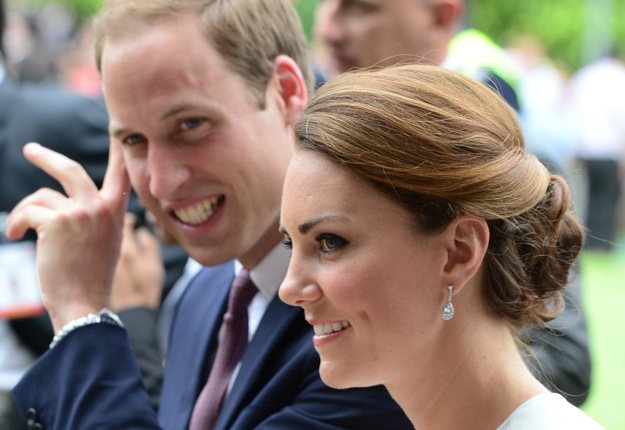 According to an article on the BBC the Duchess of Cambridge has been admitted to hospital in the early stages of labour. Prince William was with her when they travelled by car from the palace to St Mary’s in Paddington in West London.

We’re wondering if you looked just like the rest of us when we head in to give birth or whether she still looked as glamorous and flawless as ever!

So you can imagine that the press who’ve been camped out for weeks are now in over-drive and by this time tomorrow, we’ll all be inundated with news of a new royal bubba (we’re sure they won’t let her endure a long labour).

The BBC’s Nick Witchell said there was likely to be no more news until the official announcement of the birth.

The new royal heir will remain third in line to the throne regardless of gender.

So good luck Kate – we’re all wishing you for a safe, happy and joy-filled delivery of your gorgeous bub.