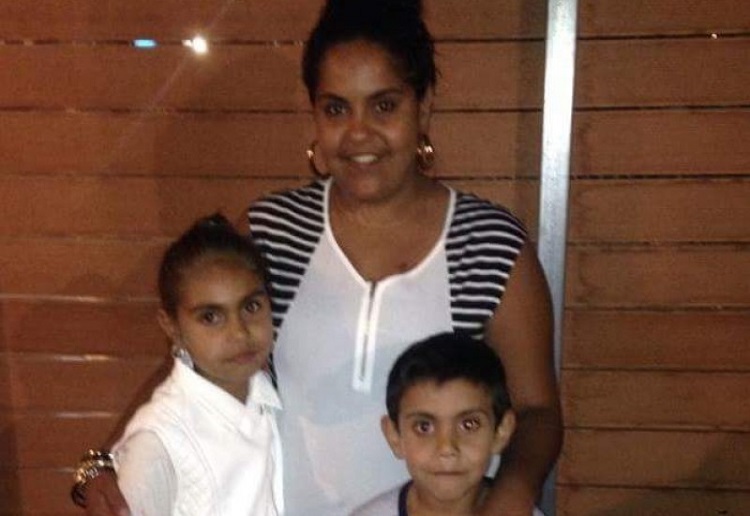 Just days into their dream three-week holiday, a shattered husband lost his wife and unborn child.

John Shaw, from Murray Bridge, South Australia, lost his wife and their unborn child to a disorder they didn’t even know she had.

“Every organ was fine in her body. She never had a problem with any other pregnancy. We never thought this would happen,” Mr Shaw told News3lv.

The couple who have three other children together, planned a holiday in the United States before the birth of their fourth child.

Natasha Shaw started to complain of a migraine and stomach aches and spent several days resting.

“We thought it was just migraines,” Mr Shaw said. “It was the same feeling she thought she had when she had a migraine back home, you know?”

But early on Saturday morning, Mr Shaw had to call an ambulance for his wife who was suffering stroke-like symptoms and soon became unresponsive.

“On the ambulance bed, when she was taken out of the room, I told her ‘I love you’.

“She said I love you back to me twice, and they were the last words that came out of her mouth,” he said.

Natasha was diagnosed with a pregnancy condition known as HELLP, involving hemolysis (the breaking down of red blood cells), elevated liver enzymes and a low platelet count.

Doctors sedated her and delivered her 26-week-old son in an attempt to save her life.

“The baby was already deceased when he came out. I got to hold him for a few hours and got some memories with him.

“Then he was brought to the morgue. She never ever knew what was going on,” Mr Shaw said.

Mrs Shaw’s heart and kidneys failed and they put her on life support that night.

“The doctor said to me what was wrong with her and I asked him if she is basically gone, dead. And she said ‘yeah’. That was the hardest thing.”

Mr Shaw made a heartbreaking video call to their three children so they could say goodbye to their mum.

Natasha Shaw passed away around 8:30pm on Sunday.

HELLP syndrome is a form of preeclampsia that can start off with a severe headache and often nausea.

Mr Shaw is urging expecting mothers to be alert for any of the symptoms.

“If you’re pregnant and you feel those symptoms, go to the doctor because it happens all too quick,” he said.

“I’m bringing them back home in a box, which I never thought would happen.”

The devastated father now has to prepare for the funerals and is struggling to pay for the bodies of his wife and son to be sent home to Australia.

A GoFundMe page has been set up to help with the expenses.

Our thoughts are with John and the children. So devastating.