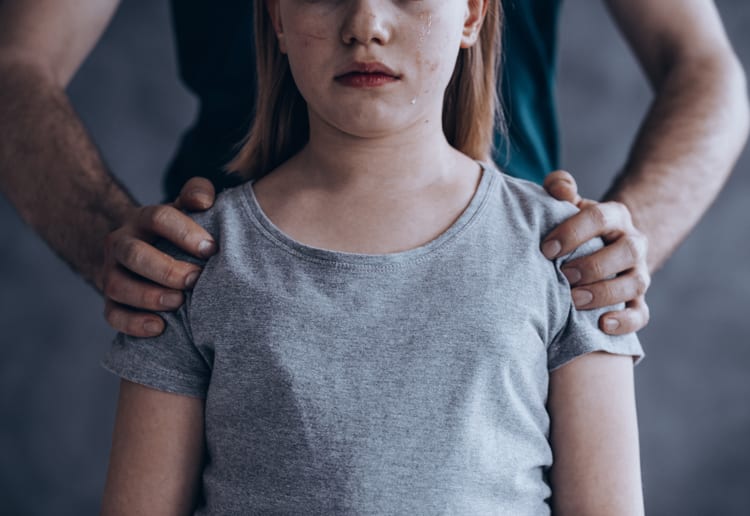 I was only a child when it happened. A holiday from hell that I wish I could forget forever.

We arrived in Sri Lanka on holiday and I was instantly home sick. I was physically ill. And I wanted to go home to my dad.

No matter how much I begged though, I soon came to realise that we were not going to be returning home any time soon.

Looking back on how I felt, I now question whether it was merely just a feeling of home sickness, the freshness of my parent’s divorce – or if it was something far deeper than that.

Was it some kind of sixth sense that children occasionally have which lets them know when there is impending danger.

My mother, brother and grandmother were just so excited about the holiday that eventually it calmed my nerves a little- or at least it helped me to be able to get out of bed after a couple of days of being completely bedridden.

This was almost thirty years ago, at a time when technology wasn’t so readily available. When you couldn’t pull out your mobile and contact a loved one whenever your heart desired.

I was a child in a foreign country who was scared and just wanted to go home.

Where The Holiday From Hell Began

One day my mother planned a trip to Mount Sigiriya. It’s a beautiful, ancient fortress. The locals refer to it as the “Eighth Wonder of the World”, and given its age and its advanced architecture it truly is a magnificent place to see.

My mother enlisted the help of a driver to take us there. When we got there however I didn’t realise that I would be travelling up this massive mountain which is 370 meters above sea level, completely alone with this total stranger.

My heart stopped when we reached the destination and my mother broke the news. She would be waiting with my little brother, whilst I went with this man.

I didn’t want to go.

I wanted her to come with me. Or at least leave my brother with my grandmother and come with this stranger and me.

It’s the strangest feeling when you sense that something bad is about to happen. It’s hard to put it into words.

I thought that perhaps it was just the sight of all the armed guards – this was decades ago, when the country was still at war. So the presence of army men with guns was perfectly normal.

I had no choice but to go with this man up the mountain. I didn’t want to disappoint my mother any more than what I already had with my reaction when we first arrived and me wanting to go home. She already felt that I was a “traitor” and that I was being “loyal” to my father. I wasn’t going to upset her any further.

We climbed for what felt like forever. My legs were on fire when I reached the top. I was physically exhausted. I was just a young child who had climbed a massive mountain.

Which made it all the more easier for him to drag me into the bushes when we reached the plateau.

Suddenly those army men with guns didn’t seem as frightening anymore. Where were they when I needed help? Surely one of them must have seen what he did to me.

Or is the life of a female child truly worth nothing to them? In a country where the rate of sexual assault is as high as what it still is, are females considered to be worthless?

Why didn’t someone stop him?

Finally, the adrenaline rush kicked in, and as soon as I could, I bolted down that mountain as fast as my legs would carry me! I don’t believe I have ever run so fast in all my life.

I was a complete mess when I found my mother. All I could manage to say was “let’s go”, “we need to go”.

But of course we couldn’t. She asked me where the driver was and I didn’t know, nor did I care. I just wanted to get to safety. And waiting for him wasn’t part of my plan… but it was hers. We needed to wait for him so that we could get back to where we were staying.

He took longer than expected to reach us. And I wonder whether he feared that I had told my mother everything- I couldn’t though. Not right then and there.

I could hardly breathe. I felt embarrassed, sick, and I was still processing it all.

Guilt was written all over his face when he finally arrived, which soon turned to a sickening smugness when he realised I hadn’t said anything.

That night when my mother was giving me a bath I told her everything.

I was hurt. She had to know. She could make everything better. But did she want to?

“Do you know what you’re saying! That man has a wife and a daughter the same age as you! How could you lie like this?!?” was not the response I had anticipated, it was nonetheless the response that I received from her.

I was in primary school. I had not even had the sex education classes yet. I was oblivious as to why this man had done what he did.

I had never spoken about such matters with my mother prior to this ordeal- yet she believed that I was lying.

Bathing my naked body. Seeing I was hurt. She still chose to ignore it. Pretend that it never happened.

It didn’t end there though.

She continued to have this driver in our lives. She left my little brother with him. And he used that against me.

He knew that I would never leave my brother’s side for fear of what might happen to him. And so that evil man used my little brother as bait for me.

No closure ever came from this, not because I was never able to press charges against him. But more because I never had support from the people in my life whose responsibility it was to make sure I was safe, or at the very least, believed me.

Even with all the counselling I have sought over the years, one thing remains unresolved which haunts me the most and that is the trust between parent and child.

It should go without saying, but we owe it to our children as their primary caregivers to let them have the benefit of the doubt, especially in such a traumatic situation.

Assuming that someone is incapable of causing harm to a child based on the fact that they have children themselves is beyond foolish.

Perhaps my mother didn’t want to feel as though she had failed. Or maybe she feared that my dad might be able to use what happened against her to gain custody. Or maybe it was all too painful for her to process- I know that to this day she refuses to acknowledge what occurred.

Whatever the case may be, we owe it to our children to put them first. To set our pride aside and fight for them in their time of need.

It’s Easy To Blame The Victim

Anyone is capable of misjudging a predator, I’m sure if they were that easy to spot they would all be locked up. It’s easy to blame the victim. Believe me, they already blame themselves. They already think about all of the things they could have done differently to prevent it from happening.

No one ever wants to have this happen. But it does. And it’s our duty to fulfill our obligations as parents and ensure our child is able to make a full recovery. Not just physically, but emotionally.

A holiday is a time when people usually let their guard down. Endorphins are pumping. And the belief that nothing can go wrong is most people’s mindset- as it should be, otherwise what would be the point of going on a ‘relaxing’ holiday.

It’s important to remember however that predators probably expect this. They know precisely who to prey on.

Don’t Let It Be Your Child!

For decades I was cautious about who I shared this experience with, for fear of being judged- as a mother of seven however, it’s important to me now more than ever to raise awareness that these kinds of horrific incidents can happen to anyone at even the best of times.

Please, don’t let it be your child.

Often we don’t get to choose what happens to us, we can however most certainly choose how we grow from it, learn from it and help others.

What a brave mum for sharing her story with us! Leave your comments below.

If you need help, don’t hesitate to call Lifeline Australia on 13 11 14