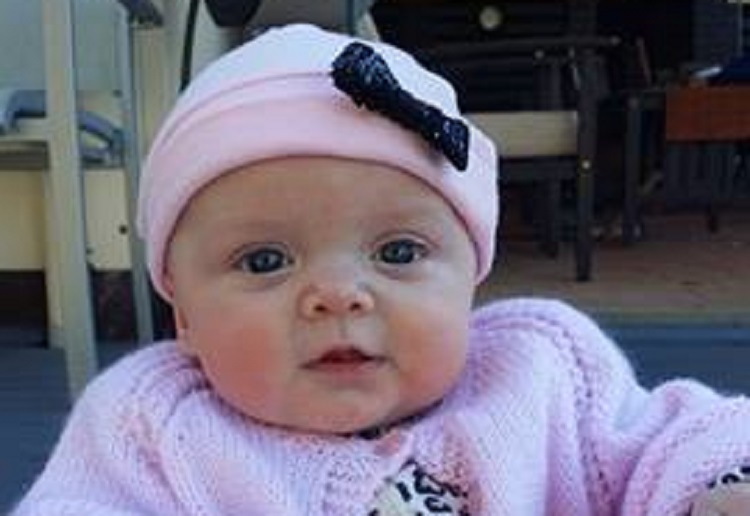 Kristina Clarke has always been a careful mum, she never would have expected the situation that nearly saw her little girl lose her toes.

During a routine nappy change for her five-month-old daughter on Sunday, August, 7, she was shocked to find three of her daughter’s toes had turned bright purple.

“I panicked, I didn’t know what was going on so I called in my husband,” Kristina says. “We had a look and could see hair all around her toes. We tried to get some off, but we must have been pulling hard it was cutting into her toe and it started to bleed.”

Kristina could see the hair tangled around baby Bryleigh’s  toes, and it was dangerously restricting the blood circulation.

The couple tried using baby toenail clippers but were only able to cut one hair wrapped around three of Bryleigh’s tiny toes.

They rushed their baby girl to Blacktown Hospital, where staff were able to remove more hair using “small stitch cutters” but not completely from the middle toe.

“When they removed some hair, there was still an indent, so we didn’t know if it was just a mark on the other toe or still hair because it was so tiny and swollen,” she says. 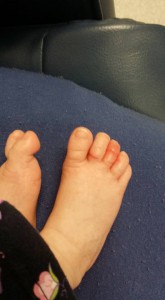 They were then transferred to The Children’s Hospital at Westmead, where an orthopaedic surgeon was waiting.

“They used hair cream, and I was blown away. I felt so stupid that I hadn’t thought about that. Within three minutes it was better, it was still red and swollen, but we could see it had helped,” she says.

Kristina told Mouths of Mums, ” I actually thought it was numbing cream that they were putting on, to prepare her for surgery, I didn’t realise it was just going to disintegrate it within minutes and fix it so easily.”

“It’s quite common in little babies. It seems everyone knows someone that it’s happened to, but no one really know what to do. Babies get it on the fingers as well, they are always grasping and making fists,” she says.

“It can be hair or threads in socks and shirts, if they pull it tight and it gets tangled it’s very hard to get off.” 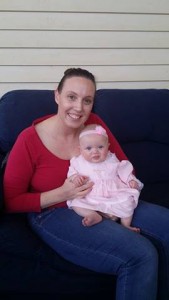 Kristina is sharing her story in the hope that it might be able to help other parents. “I’m sure Bryleigh is glad that something good is coming out of her experience,” adds Kristina.

Images supplied.  Story shared with permission from Kristina Clarke and her family.