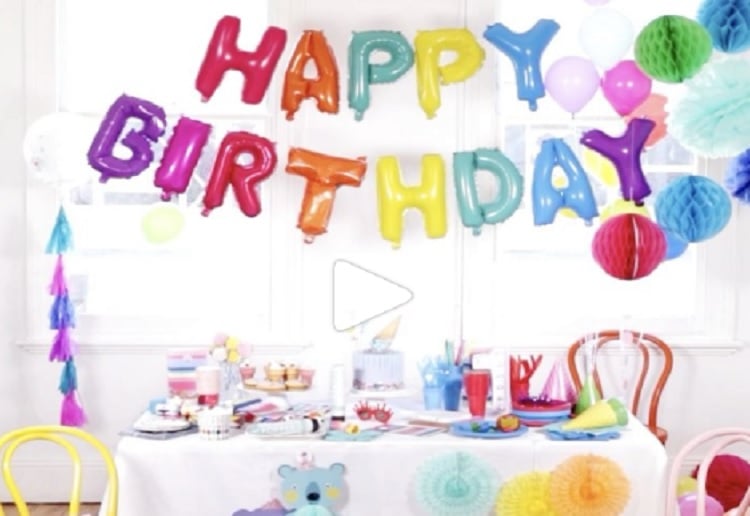 Aussie mums are turning to Kmart to buy all their party needs, with some even going on to earn their money back.

‘A few days after I shared party pics online I was contacted by a few mums wanting to either hire or buy some of the things I used,’ she said.

‘It goes to show the current trend of  “Kmart hacks” can really present a basic product in an extraordinary light.

‘I am quite sentimental so many of the pieces will be kept and integrated into our home.’

She does rent out some of the items for a small fee.

Celebrate the sun with a tropical party your guests will never forget. Check out our great range in store or online. #kmartaus #kmartaustralia #kmartparty #tropical

‘It’s a great chance to save them some money on products they may not use again or that are sold out,’ she said.

‘Kmart’s range has given me space to be creative without completely busting the bank,’ she said. ‘My organisation paid off and everything went to plan. The birthday boy was full of smiles which is the most important thing.’ 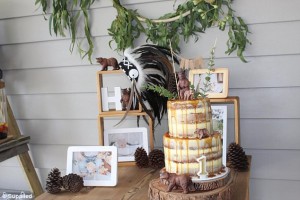 Samantha McGilvey, 44, a Brisbane mother of two, previously spoke to FEMAIL about the slumber party she created for her 12-year-old daughter.

She was originally told by a party hire company that what she was after would set her back AUD $500, not including food or a birthday cake.

The savvy mother was able to do it all herself and spent $450, which included a gift bag, food and a homemade cake.

‘I decided we could do it ourselves and I set it up in such a way that I could sell it on,’ she said. ‘I planned to sell before I even started — I don’t like spending excessive money on a one-off event and I didn’t want to store everything,’ she continued.

‘I advertised on a Facebook buy and sell group and the kit was gone within 10 hours, only 48 hours after the party,’ Samantha said. After finding a buyer online that was willing to pay $300, Samantha ended up only spending $150 for the whole party. 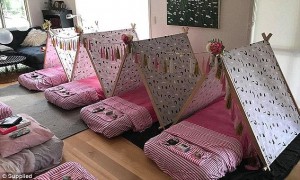 Another Queensland mum, Candice Stone, 34, threw her daughter a pamper party for her birthday. ‘I decided to use mostly Kmart products because they have a huge range of items that fit the theme of the party and their prices are amazing,’ she told FEMAIL.

Candice said, ‘I have friends that are borrowing the products for their children’s parties and I will most likely use everything again for the next party I plan.’ 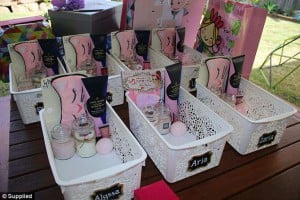 Brighten up your next event in style with a mix of colours and decorations from our party range. #kmartaus #kmartaustralia #kmartparty #partydecor

Are you a lover of a good party?