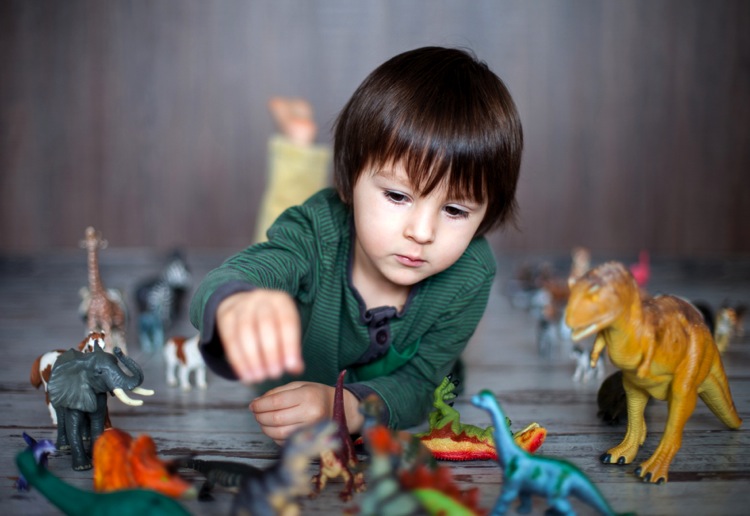 According to a 2007 study published in the journal Developmental Research, about one in three young children will develop an “intense interest” in a subject at some point and we know one of the most popular of these is often a dinosaur obsession.

Parents and researchers don’t always know exactly what sparks this ‘intense interest’ but kids between the ages of 2 and 6 years old can often name more dinosaurs than their parents.

Kelli Chen, a paediatric psychiatric occupational therapist at Johns Hopkins University says that these intense interests are also huge confidence boosters. But they’re also showing how you can learn without knowing you’re learning.

“Asking questions, finding answers, and gaining expertise is the learning process in general,” says Kelli. “Exploring a topic and mastering it, is beneficial because that’s how we form careers as adults.

“A kid’s primary occupation is play, so they’re going about their job of playing through the lens of this thing they’re interested in learning about,” she adds.

But it’s not just the dinosaurs that kids are obsessed with, they also love that they know more than their parents about a subject for the first time in their life.

“It makes them feel powerful,” paleontologist Kenneth Lacovara tells CNN. “Their parent may be able to name three or four dinosaurs and the kid can name 20, and the kid seems like a real authority.”

Sadly there’s also a big social component to the waning of that intense interest, as kids begin to interact with their peers on a daily basis and realize not everyone is all dinosaurs all the time.

Is your child dinosaur obsessed?