BROUGHT TO YOU BY THE MOM CELEBRITY NEWS TEAM. 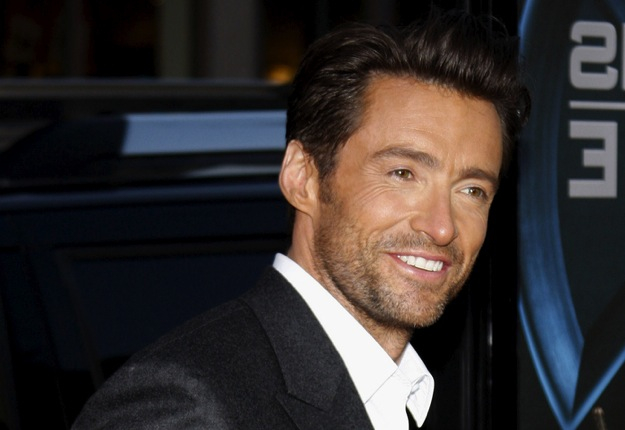 Hugh Jackman is pretty much everyone’s definition of MR NICE GUY. I mean what’s not to love …

Yes, he’s the real deal when it comes to Mr Nice Guy. Although in an interview with The Daily Telegraph over the weekend, Hugh Jackman admitted he does have a dark side …

He admitted that he does lose his temper from time to time.

Well knock me down – Hugh admits he’s normal!  When he explained, he said …

I lose my temper very rarely and when I do, I really feel miserable afterwards.

He is quick to say though that he is careful not to ever lose his temper with Deborah-Lee or his children, saying he’d rather tell the kids they are misbehaving than yell at them.

Hugh, who has earnt a reputation for being Mr Nice Guy over the years, says he remains as direct and easy-going as he’s always been and says he values kindness overall.

I find it so much more enjoyable to try to embrace the kinder and gentler sides of one’s personality,’ he told the publication.

See! We told you he just keeps getting better!

Apparently his attitude has a lot to do with his ‘very proper’ Dad who came to Australia in 1967 as a ’10 pound Pom’and instilled the strong values he holds today.

Hugh represents everything that the world loves about Australians.

Seems Hugh’s in demand – and one of the best looking guys around.  The team on The Project even thought he’d make a brilliant James Bond …

As well as promoting his upcoming Broadway To Oz theatre show…

The tour begins in Melbourne on November 24, at Rod Laver Arena before heading to Sydney’s Qantas Credit Union Arena on November 30, with other dates planned. Shows will also continue in Brisbane, Adelaide, and Perth. Tickets here.
Image courtesy of Shutterstock.com