Article ‘I Kicked My Husband Out Of The Delivery Room’ 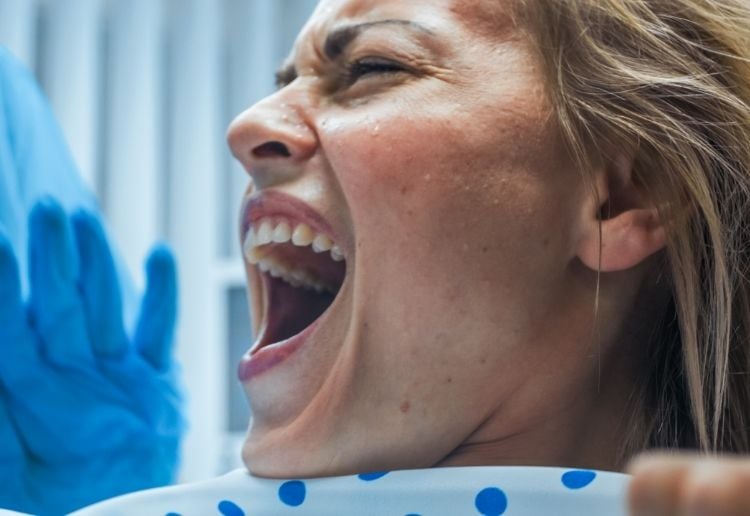 A first time mum refused to let her husband watch the birth of their first child after he pulled a prank in the delivery room. And it’s caused their marriage to disintegrate.

The 23-year-old mum says her 24-year-old husband was amazing during her pregnancy – excited, supportive and caring for nine months. The only issue they had was that he’d become ‘slightly obsessed’ with YouTube and TikTok videos of husbands pulling pranks on their wives while in labour.

“I didn’t mind at first but then he started casually joking about doing things he saw in the videos saying it would be funny. I clearly stated my distaste for them and asked him not to do anything like what he saw,” she explained on reddit.

“He agreed and continued to joke about it time to time but I brushed it off since I trusted him and thought nothing would come of it. The day of the delivery came and I had been in labour for eight hours (12 hours total labour). I had just finished another round of contractions when my husband let out the loudest fart, turned to me and said, ‘What the hell have you been eating? It smells disgusting!” I immediately recognised that as one of the pranks in the videos.

“Outraged at him not honouring what I asked him not to do I demanded that he leave the room. He started arguing saying it was just a joke but I insisted and luckily the nurse helped get him out.”

The furious mum endured the last four hours of her labour on her own, with no family support. She refused to allow her husband back into the room until after the birth.

“After the delivery I told the nurse he could come back into the room and he was fuming. He started demanding that I tell him why I kicked him out. I calmly told him the reason but he was pissed. He hasn’t talked to me in a week. His mum is taking his side saying that I was a complete bitch for kicking him out. Normally he will defend me from her but this time he completely agreed. I might be the asshole because I know how much he was looking forward to being there for the birth of our first kid and especially when he got to cut the cord, but I still kicked him out and refused to let him back in. The nursed asked a few times if I wanted him back but each time I said no.

“If he had been apologetic in anyway I would have let him come back into the delivery room. And the nurse checked on him but he was sulking and complaining that I did that.”

‘I took the baby and left’

The new mum has since updated the precarious situation, explaining that her husband bonded with the baby, but hadn’t been helping. She said the first week was rough, but her mum arrived to help out, as her husband was still ignoring her.

“I talked to my husband and told him how I was feeling (I have been feeling depressed and anxious since we brought the baby home) and that I understood why he was upset but asked him to please see my side. He told me that I had no right to kick him out and that our daughter would come to hate me one day for having him miss her birth. I started crying and begged him to please talk things through instead of saying things out of anger.

“He refused and said I was under his roof so he had the final say and called me a c*** for kicking him out of the delivery room. I didn’t say anything else to him I just started packing myself and the baby’s things and planned on leaving. He yelled telling me that I couldn’t take anything he paid for (I haven’t worked since the start of the pandemic).

“I just took the baby and told my mum we were leaving. We are staying at a motel and will drive to my parents house tomorrow.”

What do you think of this situation? Was the mum justified? And should she have left her husband? Let us know in the comments below.