Article I wish I’d done what Megan did. 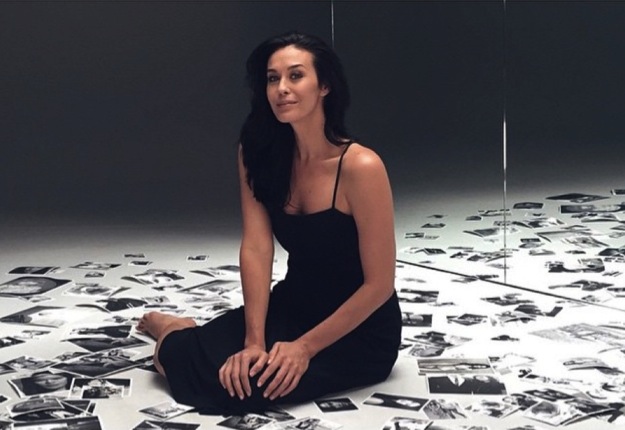 Every now and then, I see something that makes me wish I’d done things a little differently.

Yesterday Megan Gale posted a beautiful image on Instagram (@megankgale).  Her message read … “Finally got these prints framed. Thank you #DavidGubert not only for sending me these but also for capturing such a beautiful time in my life …” 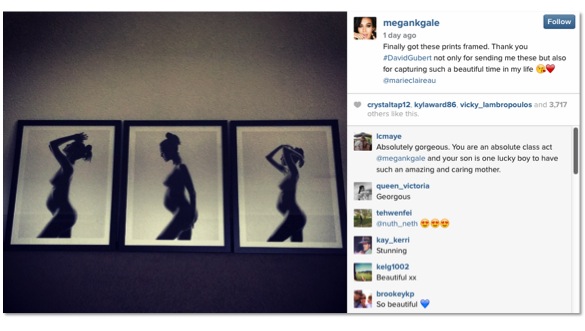 And like 3,720 of her Insta followers, we agree that they are beautiful.  And like I said, it made me wish that for at least one of my four pregnancies, I’d been brave enough to have had photos like these taken. At least now, I’d have those pregnancies captured forever.

She’s right … it is a beautiful, stunning, incredible time of life and while we may not all look the same as Megan would in these photos, it still wouldn’t take away from the magic of growing a baby inside you.

The photos she shared yesterday were from the same photo shoot where Megan graced the cover of Marie Claire, heavily pregnant and eagerly awaiting the arrival of her son, River Alan Thomas Hampson. 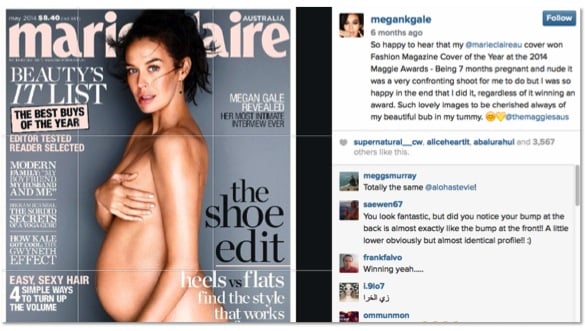 Most of the comments that followed were supportive … cheering her on for displaying them and applauding her for having had the photos taken in the first place.  But in true form when it comes to social media, someone had to jump in and get a little judgy … 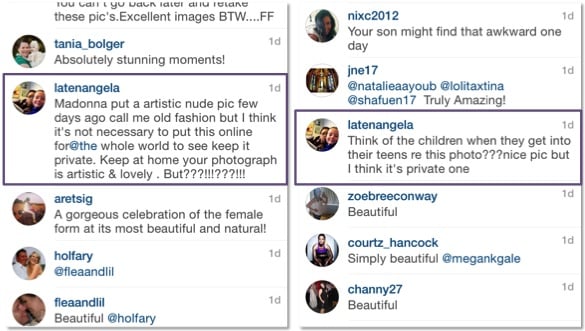 Having none of that when it comes to her own decisions and her own photos, Megan replied:

‘@latenangela Thanks for your comment but I’ll be raising my son not to get too concerned or stressed about trivial things like that. #eachtotheirown’

Here here Megan. I agree with you.  Hey, all of my kids have seen me naked and will continue to do so as long as they live in our house.  And frankly, if I had photos this tasteful and dignified I certainly would not be embarrassed for my children to see them.

The other thing we don’t know is where in the house she has hung the pictures – they may well be on the wall in her bedroom in which case River’s teenage buddies certainly aren’t going to be in there staring at the pics. Or if they’re in the lounge, that’s fine too.

Megan’s body, Megan’s family, Megan’s choices. Either stop, like and celebrate or SCROLL ON people.  Too many people ready to judge I say!

Have you (or would you) have some tasteful nude baby bump photos taken? Would you pop them on your wall?