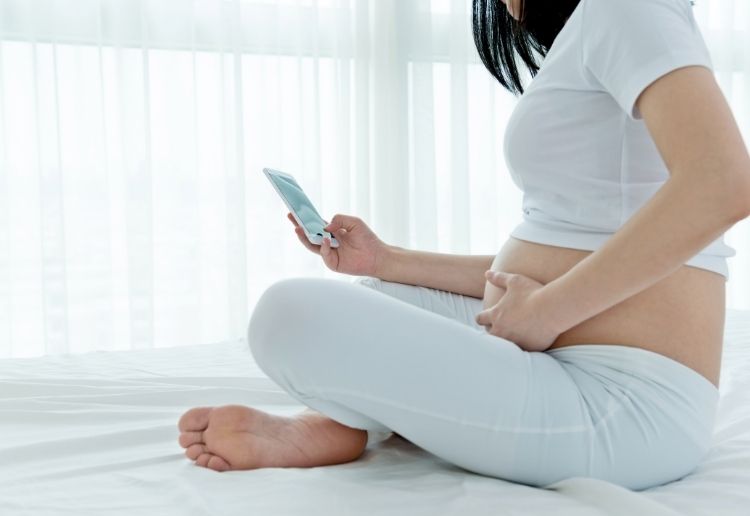 An angry mum is refusing to let her parents meet their grandchild, because they won’t get their Whooping Cough vaccination before the baby is born.

The 23-year-old first time mum says she and her fiancé were thrilled to find out they were expecting, after being told by three specialists that she would never be able to have children due to her PCOS and endometriosis.

“I’m about five-months into my pregnancy and have told close friends and family that if they want to see bubs before he has his vaccinations that they will need to have their Whooping Cough vaccine,” she explained on reddit.

“My fiancé’s family were all on board no questions asked. My parents however have kicked up a major fuss, stating that I’m selfish and that they will just show up to my house and demand that I let them in to see my baby. My parents don’t believe it’s necessary to have the vaccine and that I’m being a control freak.

“They have also said that I can’t wrap my baby up in cotton wool forever, which I understand but what is upsetting to me is that they speak down towards me and invalidate my feelings by saying it’s because I’m a young mum.”

‘You’ll be a terrible mother’

She further explains that her parents haven’t actually been involved in her pregnancy at all – in fact, they have gone so far as to call their daughter a ‘terrible mother’.

“My parents have shown a lack of interest in my pregnancy and just anything to do with my baby all together which has been extremely hurtful and frustrating. I’m at a loss and I don’t know wether I should cut them out of my life completely or if I’m overreacting.

“I just don’t understand how I’m selfish for wanting to put my child’s health first? My fiancé also agrees with me that anyone wanting to see bubs before his immunisations will need the vaccine.”

The woman now wants to know whether she’s being unreasonable by not allowing her parents to meet their grandchild when he arrives.

What do you think? Let us know in the comments.

Make sure you check out this article next: Mum’s Epic Rules For Visiting Her Newborn