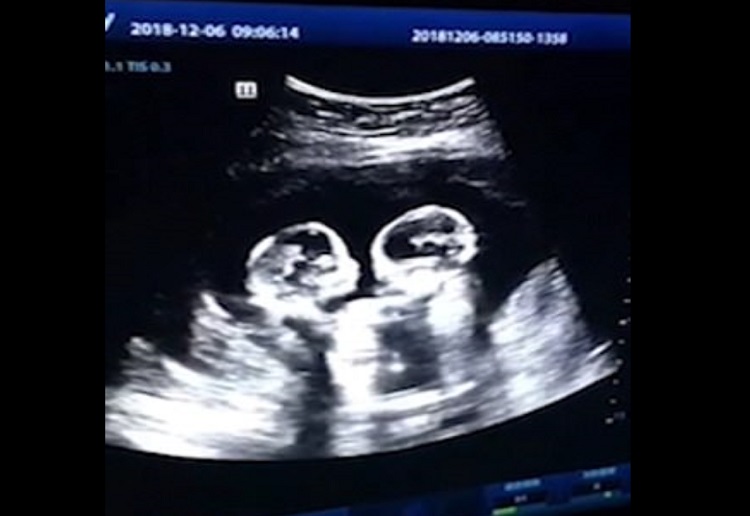 A pair of identical twin sisters have been spotted apparently fighting with each other while they were still in their mother’s womb.

In the trending video from China, the two foetuses were seemingly kicking and hitting each other as their mother underwent an ultrasound scan at four months pregnant.

The twins’ father, 28-year-old Mr Tao, said the footage was filmed by him when he accompanied his wife to an antenatal check late last year in the city of Yinchuan.

Mr Tao told Chinese news outlet The Paper that he found it amusing to see his unborn daughters seemingly ‘boxing with each other for a few rounds’.

He filmed the ultrasound footage before uploading it to short-video app Douyin. The video quickly went viral.

Mr Tao said he hadn’t expected his girls ‘to be internet stars before being born’.

The footage has so far received more than 2.5 million likes and 80,000 comments.