Article “If he was a girl, no one would have batted an eyelid” 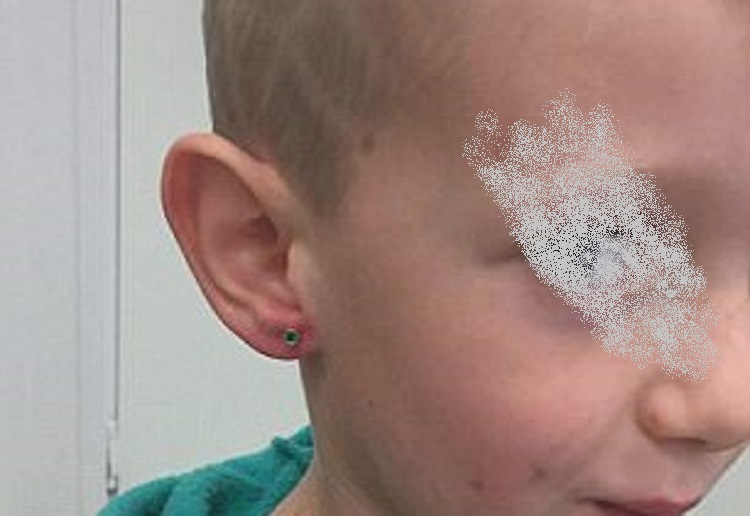 NSW mum hits back after other parents criticised her for allowing her five-year-old son to have his ears pierced.

Tegan Pett, 24, said her son Storme asked to have it done the day before so she sat down with him and explained the procedure in detail.

‘It was easy to make the decision once I had explained the process. He still insisted so I let him,’ Ms Pett told Daily Mail Australia.

‘He was so excited. He chose his own earrings, told everyone he came across that he didn’t even cry and that he was brave.’

But after posting about their experience on her online mother’s group, Ms Pett received a mixed response.

‘We got a lot of support, but also some neutral and some negative comments,’ she said.

‘Some were saying that my son would be perceived as a “bogan”, “bad news” or a “thug”.

‘I expected some backlash but didn’t expect it to go the way it did.’

Ms Pett, who says it’s important to encourage children to make their own decisions, believes the negativity wouldn’t have occurred if Storme was a girl.

‘If he was a girl, no one would have batted an eyelid which I think is so wrong for so many reasons,’ she said.

Ms Pett hasn’t let the negativity get her down and advises all mothers and their kids to ignore any judgement in the online environment.

‘If your kids are happy, fed and loved, then that is all that matters. Who cares about strangers opinions? They don’t mean anything to you.’ she said.

‘Allow your kids to be who they are and don’t control them, guide them.

‘Make sure your kids know they can come to you and know that you won’t judge them –  the worst thing as a kid is feeling like you can’t tell your parents anything.’

And her advice for Storme?

‘Just ignore them,’ she said. ‘People’s judgements say more about them than they do about you.’

How do you feel about kids getting their ears pierced? Does it make you a bogan? Should it make a difference whether boy or girl?