Article Imagine being pregnant at this age 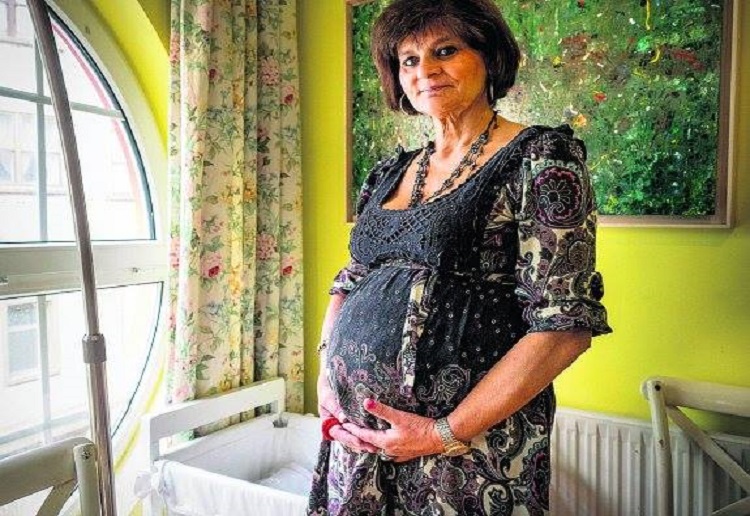 A 62-year-old Spanish doctor has announced she is eight months pregnant.

Lina Alvarez, 62, from Spain, already has two sons, she is very excited to now be carrying her third child, reports Daily Mail.

Ms Alvarez says she started menopause 20 years ago, but after undergoing fertility treatment, she is now expecting a baby girl.

The infant, who has already been named Lina, is said to be developing well, already weighing 4.4lbs.

Ms Alvarez told local media: ‘I feel like a woman in her 30s. To feel better than this is impossible.’

Her oldest child is now aged 27 but was left disabled after a medical error left him injured during her pregnancy.

Her son’s condition was caused when a gynaecologist damaged her son’s head during a routine test, which also led to the breakdown of her marriage.

He requires constant care and she is her son’s primary carer. She also has another son aged 10, who was born when she was 52.

Ms Alvarez added: ‘I am very happy because I am living now my reward for so much suffering. It is a miracle.

‘It was a life of tears. For years I cried every day because I could not face my son’s disease. He had to be in hospital twice a week.’

But despite her pregnancy sparking a heated debate in Spain, the mother-to-be says she shrugs off any criticism.

She added: ‘I always wanted to be a mother again, but most medical experts said no.

‘However, some years ago I met a gynaecologist who agreed to help me if the tests were OK and they were positive so he planted an embryo.

‘They said there was only a six per cent chance of success, but I got pregnant with a baby girl.

‘Everything is going perfectly. I feel like I’m having a second chance and the pregnancy has made me feel younger and stronger.

‘When she will be 30, I will be 90. I will be a grandmother as well as a mother and so what, the fact is that my daughter will have been brought up.

Ms Alvarez is due to give birth next month and says so far it has been a normal pregnancy.

There have been a few celebrity dads announce they are expecting again in their late 50’s and 60’s.

Could you imagine having a baby in your 60’s?