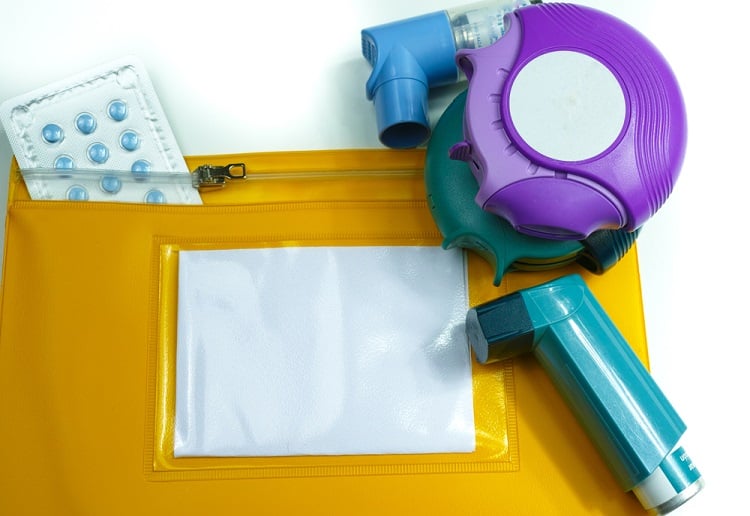 Mum of teen girl who took her life after being prescribed a popular children’s asthma medication says other parents must be warned.

Earlier in the year we shared the story of Sara Hozen, 18, who was taking Singulair, also known as Montelukast, to treat her asthma and allergies for just three months before she died in May last year, her mother Mary Hozen told Nine.com.au.

Ms Hozen, an Australian now living in the US, says her daughter spiralled into a deep depression soon after starting the medication.

“She was supposed to graduate high school in a month. She was going to Europe with her sister for graduation,” Ms Hozen said.

“She had the trip planned. She was a senior in high school going to college. She had everything to look forward to.”

Tragically, Sarah took her own life on the night of her school prom.

Singulair is commonly prescribed to children in Australia because of its pleasant-tasting chewable tablets. According to the Therapeutic Goods Administration, more than 200,000 prescriptions for the drug were issued in 2016-2017.

But Singulair has been linked to serious psychotic episodes in children as young as four, including suicidal thoughts, depression, nightmares and aggression.

“I never thought to look. I just never suspected those side-effects were a part of asthma medication at all,” Mary said.

She just spiralled so quickly and suddenly.”

“She did speak of dreams. She was really having trouble sleeping. And sleeping a lot during the day because she wasn’t really sleeping at night very well.”

Sara began to feel paranoid and delusional but kept this confusion to herself.

“I feel bad that she didn’t share it with us openly. She thought something was wrong but she didn’t portray that to us. She kept it quiet. She was trying to figure it out for herself but she couldn’t,” Ms Hozen said.

“She wrote a document and then her last text to us. She was paranoid. She was saying, every car is a cop car and I don’t know what’s real anymore.”

“There is no doubt in my mind that medication triggered her spiral, definitely. Because she was not like this.”

Since at least 2016, parents have been calling fo warning labels on the common asthma medication that has been linked to cases of suicidal thoughts and depression, after their children suffered psychotic episodes. READ MORE.

Australian health authorities have said prescription medicines did not generally have warning statements on the box or cartons because warnings were detailed in the product information.

A NSW doctor whose eight-year-old daughter became suicidal after taking the asthma medication says awareness in the medical community about the side effects of the drug is dismal.

The anaesthetist, who asked not to be named to protect his daughter’s privacy, has joined calls for warning labels to be put on the outside of the packaging for montekulast, also known as Singulair, reports NINEnews.

The anaesthetist said his eight-year-old daughter began taking the generic version of Singulair, montekulast, for her asthma and hayfever in 2015.

While the drug did appear to help with the conditions, the anaesthetist said over the next few weeks his daughter also lost her appetite, started to complain of stomach aches and began to have nightmares.

“She had become fearful and anxious at night, often complained of bad dreams, and during the daytime she was struggling at school with tiredness and lack of concentration,” he said.

“This from a girl who was at the top of the class academically, was the life of the party and was extremely athletic – an athletics junior champion. She was changing before our eyes.”

But having been told by their family GP that the medication was very safe and to expect no side effects, the anaesthetist said he and his wife – who is a registered nurse – did not connect her change in behaviour to montekulast.

“We feared for our daughter’s life at times, the safety of our other children, and the strain it put on us, our marriage, my work, and even the extended family was profound.”

“We thought our daughter may be developing a serious psychiatric disorder, and had many visits to GPs, psychologists, immunologists and paediatricians – and several discussions with psychiatrist colleagues – all of whom were apparently unaware of this link (to montekulast).”

The anaesthetist said he only made the link to montekulast when he was shown a media report about the drug and its side effects in children in 2016.

The minister’s office has now asked the TGA to look into information surrounding the drug.

“The Minister has asked the Therapeutic Goods Administration to conduct an urgent review and provide advice to the Government on this matter,” a spokesperson for Mr Hunt said.

“The Minister has also asked the TGA to work with the Royal Australian College of General Practitioners and the Australian Medical Association on any updated information that could be shared with GPs,” he said.

According to the Therapeutic Goods Administration, more than 200,000 prescriptions for the drug were issued in 2016-2017.

It is understood Mr Hunt will ask the TGA to look into the information supplied by pharmacists with the medication, along with how to best to raise awareness about the drug’s side effects amongst doctors.

ABC news reports that the popular asthma tablet linked to cases of suicidal thoughts and depression in children will now be sold with side effect warnings inside its packaging.

The drug, known as Montelukast or Singulair, is prescribed for children aged two to 14 with frequent intermittent, mild persistent or exercise-induced asthma.

Following a review of its safety, the Therapeutic Goods Administration (TGA) has decided that information about the drug’s side effects should be included in boxes.

The TGA also wants health authorities to include warnings in guidelines for health professionals, and called for better monitoring of how many kids might be suffering serious side effects.

Dr Tim Greenaway, chief medical adviser to the TGA, said they were updating their advice to doctors and patients after reviewing the medical literature.

“We came to the conclusion that there is an association between Montelukast and neuropsychiatric side effects, but we can’t say that it is causal,” he told the ABC.

He said between 2000 and December 2017, there were 167 adverse neuro-psychiatric side effects in children and adolescents taking the drug.

If you are seeking support and information about suicide prevention please contact Lifeline on 13 11 14 or Kids Helpline on 1800 551 800.