Article Is social media to blame for mental health issues of teenage girls?

Is social media to blame for the worsening mental health of teenage girls?

New research by the Department of Education has found that the mental well-being of teenage girls in the UK is worsening. The survey, which took the views of 30,000 14-year-old pupils in 2005 and 2014, found that 37% of girls suffer from psychological distress, up from 34% in 2005. (This compares with 15% for boys in 2014, down from 17% a decade earlier.) The report’s authors noted that one of the things that has changed between 2005 and 2014 is the “advent of the social media age”.

The adolescent years are a time of rapid physical, cognitive and emotional development. Teenagers interact with people in order to learn how to become competent adults. In the past they would engage with parents, teachers and other adults in their community as well as extended family members and friends. Now we can also add social media to that list of social and emotional development. But why should the advent of social media be a problem?

Research indicates that girls may be at higher risk than boys from the negative aspects of social media. Young girls, with their limited capacity for self-regulation and susceptibility to peer pressure, are at risk of having bad experiences online that could negatively affect their development into healthy adults, and could lead to depression and anxiety disorders.

During adolescence, people develop traits such as confidence and self-control. Because teenage brains have not fully developed, and won’t fully develop until they reach young adulthood, they lack the cognitive ability of awareness and privacy and can post inappropriate messages, pictures and videos without understanding the long-term ramifications. What they are posting may not stay in their small circle of friends and can be circulated far and wide with devastating consequences.

Unlike their male peers, girls are more likely to over share personal information or post false information about themselves or others, increasing the possibility of experiencing a bad reaction from peers such as bullying or negative comments.

Social media also gives the “X Factor” generation aspirations of celebrity status and impossible expectations. Social media sites are filled with photographs of stunning models for teenage girls to aspire to. Body image for the young adolescent girl is shaped by emotions (need to be liked), perceptions (adequate breast size) and is further influenced by cultural messages and societal standards. Social media allows girls to make comparisons among friends as well as celebrities and then provides them with “solutions” such as extreme dieting tips and workouts to reach their goals.

Research has indicated that adolescent girls are at risk of developing eating disorders as well as body dysmorphic disorder (the need to surgically correct a perceived imperfection, such as small breasts). Concerns about body image can negatively impact their quality of life preventing them from having healthy relationships and taking up time that could be better spent developing other aspects of their personalities.

Social media can also have a negative impact on puberty encouraging young girls to join the “adult” world and become sexually active before they are mature enough to cope with all of the ramifications that this can have on their lives. Sexting has become a common occurrence with 20% of adolescents sending or posting nude or seminude photographs or videos of themselves to other adolescents. People who have been betrayed face the humiliation of having their picture shared far and wide by someone they trusted with intimate information. The extreme emotional distress these girls have felt has been widely documented as have the accompanying mental health conditions that result.

Adolescence is also a time when people begin to develop advanced reasoning skills and further expand their cognitive development. This is a time when they begin to think about how they are perceived by others. Adolescent girls have a tendency to obsess over the mundane, going over and over actions and thoughts because they are attempting to assimilate and process the information. This is healthy, but research is finding that when it is combined with social media it can intensify into an unhealthy activity and become a precursor to depression and depressive symptoms.

Social media can be a friend or foe and instead of constantly focusing on the negative aspects we should instead use it as a tool to help adolescent girls to understand that the images that are constantly being projected on social media do not reflect the average person and that there is a wide diversity in physical appearance and rates of development. We should encourage girls to think critically about social media.

Adolescent girls spend a great deal of their time online, simply attempting to ban or control this behaviour will only push them into secretive online activities. Instead parents should become more involved in helping their teenagers negotiate social media obstacles and promote a healthy self-confidence.

No, the internet is not actually stealing kids’ innocence 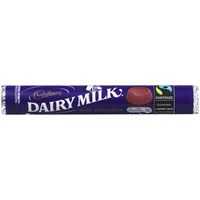 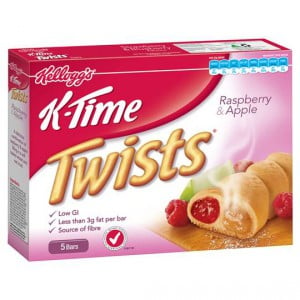 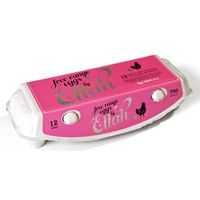