Article Is This the Most Horrifying Cake Smash Ever 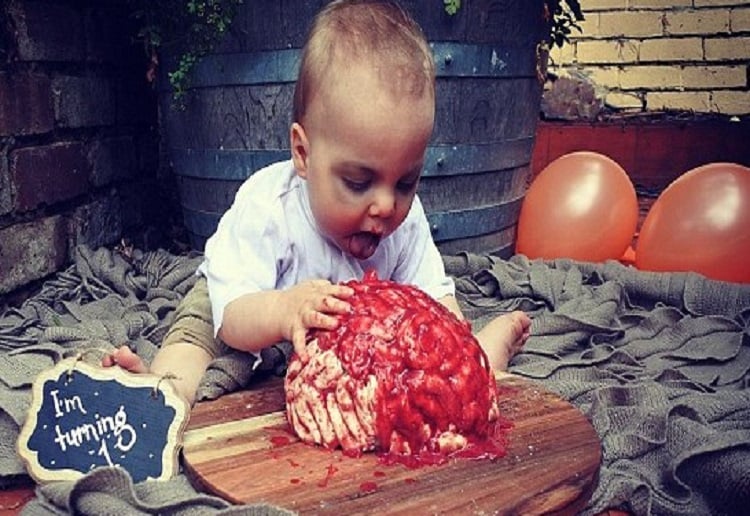 Mum from Victoria, decided to do something a little different for her son’s first birthday.

A member of a Facebook group that shares cake creations, Liz said she wanted to do a cake smash photo shoot for the invitations to Alex’s birthday, which happens to also fall on Halloween!

“I was so excited when I found out we were having a Halloween baby, so I’ve been plotting for a year,” Liz tells  Daily Mail.

Using just two simple sponge cakes, some cream cheese, and pureed raspberries, Liz served up a very convincing human brain cake for little Alex to tear apart, all while he dressed up as an adorable zombie, shares Daily Mail.

“I’m not much of a baker so I was pretty happy with the end result,” Liz tells Femail.

“Then we just set him up in the backyard, used a little bit of eyeshadow, and a torn shirt.”

Liz was so happy with the end result she shared it to the cake group on Facebook. 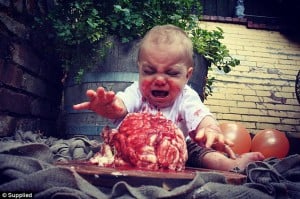 “I wasn’t sure about sharing it at first because I was worried that there could be a bit of negativity, but we had great reactions, most people thought it was hilarious,” she says.

You may recall the Zombie themed first birthday party we shared in the past. Read more on that here. 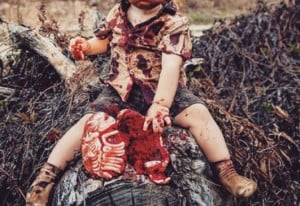 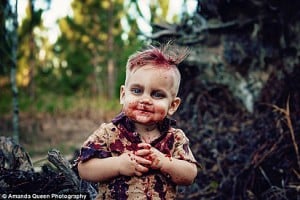