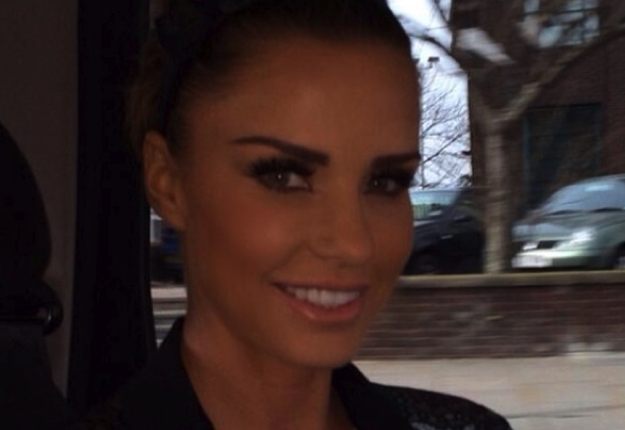 British glamour model Katie Price (aka Jordan) has revealed the name of her fifth child, a daughter born six weeks ago.

Bunny Hayler makes her debut on the cover of the UK’s OK magazine with her mother discussing their choice of moniker.

“It’s really cute, isn’t it?” she told OK. “We really struggled to decide on a name. I wanted to call her Duchess Kate or just Duchess, but Kieran didn’t Iike that.”

Kieran Hayler is Katie’s third husband, and she discovered while pregnant that he had been cheating on her regularly with her best friend.

But the couple, who already have 1-year-old son Jett, are giving it a go and worked on Bunny’s name together. Bunny should consider herself lucky. “I considered it being spelt Bunni with a heart above the i, but I don’t think that’s really a part of the English language.”

Katie is mother to Harvey, 12, with footballer Dwight Yorke. Harvey has significant challenges including blindness and autism.

She married Australian singer Peter Andre and they had son Junior, 9, and daughter Princess.

Peter, however, has just revealed that his 7-year-old “is telling me she doesn’t want me to call her Princess and she doesn’t like the colour pink anymore. All of a sudden she wants everything blue.”

Princess’s middle name, Tiiaami, is an amalgamation of her two grandmothers’ names, Thea and Amy.

Peter says he loved his then-wife’s suggestion of Princess, “but I wanted to name her after both our mums. Then I just woke up one morning and thought, I know! We’ll just put them together! If people don’t like it, that’s up to them.”

Katie is 36, and plans to have more children: “I’ll definitely have another one before I’m 40. And then another in my early 40s. Then I’m going to freeze my eggs …”

Perhaps this will help her use up all her ideas for names – she also toyed with Electra (after Baywatch actress Carmen Electra), Disney, Precious, Lady, Bambi and Peggy.

And Duchess is still on the cards. “I’ve told Kieran that if we have another daughter that will be her name,” said Katie. “I think it goes well with Princess. She would have been Duchess Kate of Brighton.”

What do you think of baby Bunny as a name? Can you imagine her as an adult?