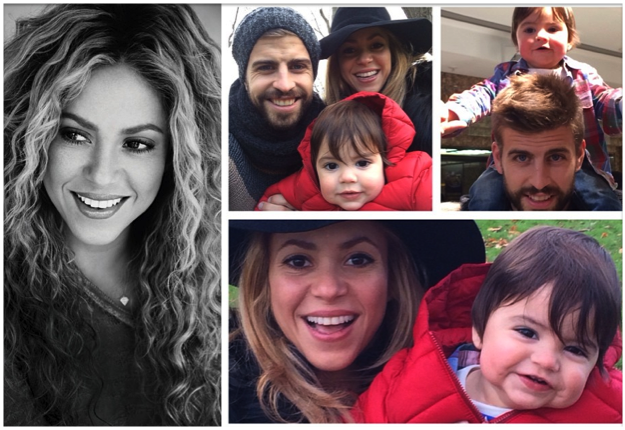 The hip shaking Colombian singer and her boyfriend, Gerard Pique, have confirmed that they are expecting a little brother or sister for their son Milan.

This revelation has come after many weeks of speculation and a very suspicious bump showing under her baggy black top in the couple’s ALS ice bucket challenge.

In April Shakira tried to steer people clear of speculation by saying that she was too busy with work to have another bub.  “If it weren’t because of my music projects, I would be pregnant already,” she told Latina. “I would love to have eight or nine kids with Gerard—my own fútbol team.”. It seems that the football team is beginning!

In revealing her latest pregnancy Shakira was straight to the point when she spoke to the Spanish version of Cosmopolitan saying “Pues sí, la verdad es que sí, estoy embarazada.” which translates directly to “Yes, the truth is that yes, I’m pregnant”.

We are so pleased for Shakira and her beau Gerard Pique and cannot wait to hear about it all when the bub arrives!