Article Jack And The Beanstalk Pantomime Is Bucketloads Of Family Fun 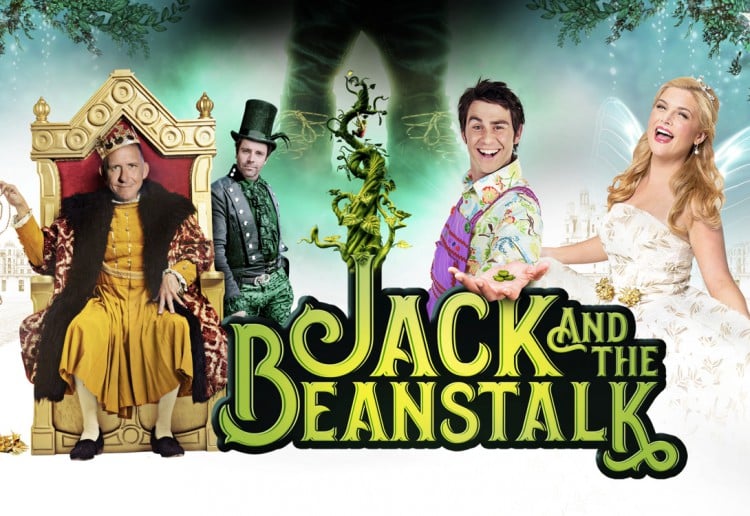 It’s a breath of fresh theatrical air to watch a show that is without airs and graces, unpretentious, hilariously un-PC and just plain old rollicking bucketloads of fun. This is Jack and the Beanstalk pantomime to a tee….but hurry, you’ve only got a few more days to grab your tickets before the star cast disappears into Giant land for good.

Bonnie Lythgoe, the royal queen of Aussie panto, has struck gold with her latest musical creation. The show has a number of different levels – with characters appealing to kids of all ages, as well as jokes that would sail straight over little one’s heads but had the grown-ups in stitches.

The superstar of the panto was Jimmy ‘Giggle’ Rees who plays “Simon”, Jack’s brother. He interacted brilliantly with the audience making us feel as if we were watching the show in a small intimate room instead of the grand State Theatre. He got us to our feet doing the floss (hilarious) and had us in fits of giggles with his silly alliteration scene.

The choice of musical numbers was fabulous with popular and retro songs getting us straight into party mode. I loved the Kylie Minogue / Rick Astley mash-up best of all and the smattering of Queen lyrics was fun too.

The story is based on the classic Jack and The Beanstalk tale with a few quirky additions to give the show a unique identity. The real surprise was the 3D factor in the second scene. In a brand new innovation, that I have never yet seen on stage before, we journeyed through the Giant’s castle wearing our 3d glasses. Creepy-crawlies zinged out into our faces as the ugly CGI giant reached out to grab us (remember to duck!). My only regret was that the scene wasn’t long enough – I would have loved to have enjoyed this visual treat for longer.

The sets and costumes were a colourful extravaganza, with Dame Trot, played by super-talented veteran actor Malcolm Lord, showcasing the most OTT dress-ups and the craziest hats (steaming teapots and bowls of fruit).

Luke Joslin, who plays the naughty Flesh Creep, had to endure loud boos from the audience, and was the evil antithesis to the sugary sweet Fairy Crystal (Lucy Durack), who helped Jack (Lachlan Dearing) triumph over the Giant.

The standout vocals came from Anastasia Feneri who plays Princess Jill and together with the fabulous ensemble, brings lots of energy to the stage.

You’ll probably recognise Peter Rowsthorn (the hubby from Kath and Kim) who plays King Crumble and another well-known TV personality Richard Reid who captures the character of Lord Bumble.

We took our young kids to the 7:30pm performance and the fact that they were still wide-eyed and cheering until the final curtain call (just after 10pm) is a testament to the top quality and high energy of the panto.

So add Jack and The Beanstalk to the top of your school holidays ‘must-do’ list – it’s such a worthwhile family outing that will bring smiles to everyone’s faces.

With morning, afternoon and evening performances and fantastic rates for groups and children, don’t miss this Family Musical Panto of your dreams! Quality entertainment for adults and kids alike this July.