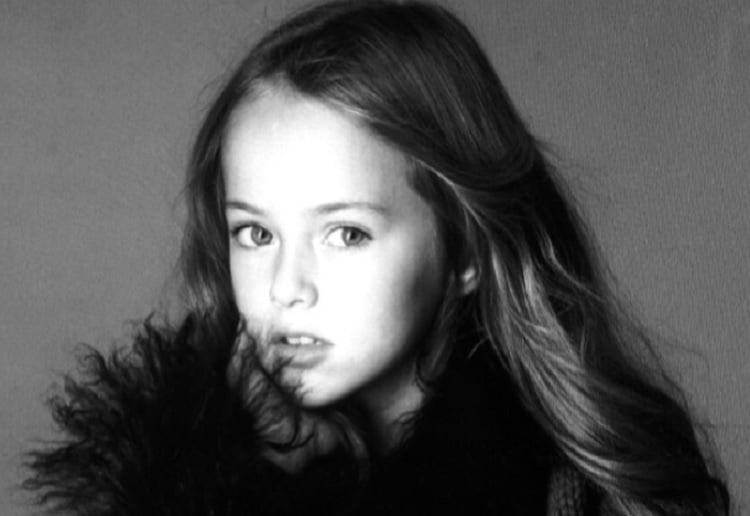 A CHILD model, known as ‘the most beautiful girl in the world’, has sparked controversy by landing a top modelling contract in the US.

Jesinta Campbell has criticised the decision to give Kristina Primenova, a 10-year-old child labelled the “most beautiful girl in the world ” a modelling deal, saying “having a child in front of a camera before they know who they are is a really dangerous thing”.

The Russian child, who has already worked with designers including Dolce & Gabbana and Armarni, caused controversy after she received a top modelling contract in the US.

Kristina began modelling when she was three and now has over one million Instagram followers. Kristina’s mum Glikeriya Pimenova, 40, doesn’t see anything wrong with the photos. She believes that pictures showcasing children’s clothes are not provocative.

The 2010 Miss Universe winner, Jesinta Campbell, said “it’s way too young ” for Kristina to begin her career, with her own mother making her wait until she was 17 to begin modelling.

“That’s one of the reasons I’ve been able to be successful in this industry, because if I had started too young it would have had a negative impact on me,” she said on the TODAY Show this morning.

“This girl should be in the playground, at the park playing. Children shouldn’t even be wearing makeup before 13, I just think it’s absolutely ridiculous.”

“There are plenty of parents out there whose children want to do this kind of thing, and if they want to and they’re successful at it, I don’t think it’s a bad thing,” said Sonia.

“She’s a stunning girl but the think I have an issue with is labelling her the most beautiful girl in the world.

“That’s totally subjective; beauty is in the eye of the beholder.”

Do you think she is too young?