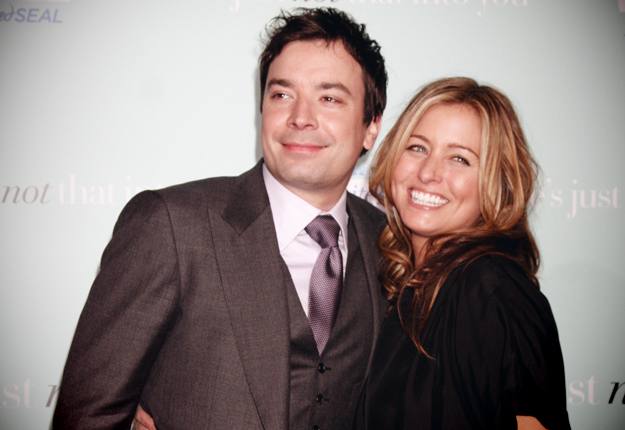 Surprise! We’ve had a baby… Jimmy Fallon surprises everyone with baby news!

When talk-show host Jimmy Fallon announced in July that he and his wife, Nancy Juvonen Fallon (Drew Barrymore’s producing partner), had welcomed a daughter, it came as a surprise to most of his fans.

And that’s probably because, the delighted new dad revealed to the US Today show on Aug. 13, Winnie Rose was born to a surrogate after a five-year struggle with infertility.

“We’ve tried a bunch of things,” he said. “Anyone who’s tried will know, it’s just awful.” Fertility plummets after the age of 35, and Fallon’s wife is now 46; the comedian is 38.

The couple kept the surrogate process secret even from family and friends. “We tried before, we told people and then it didn’t happen,” he said. “And it’s just really depressing. It’s really hard on everybody.”

When Winnie arrived on July 23, Fallon says their battles were behind them.

“We tried for a long time, for five years. I know people have tried much longer, but if there’s anyone out there who is trying and they’re just losing hope … just hang in there,” he said. “Try every avenue; try anything you can do, ’cause you’ll get there. You’ll end up with a family, and it’s so worth it. It is the most ‘worth it’ thing. I’m just so happy right now. I’m freaking out.”