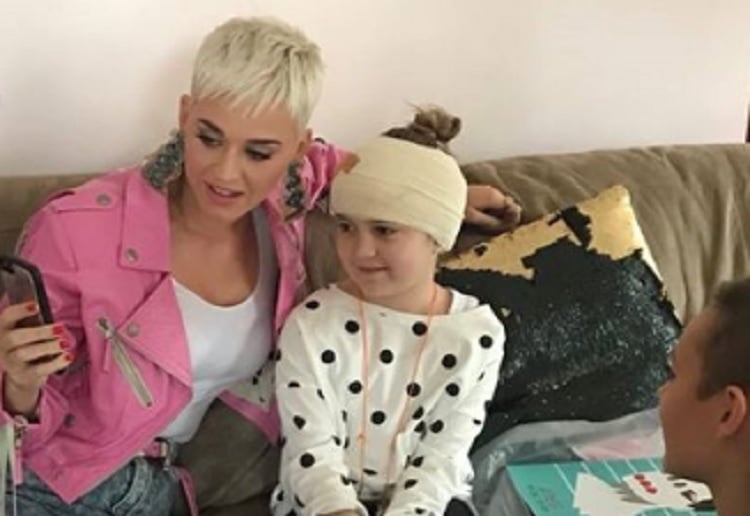 Katy Perry has made a seriously-ill young girl’s dream come true by performing at her home in Adelaide.

Grace Moores, 8, had tickets to see the singer’s show at the Entertainment Centre but was unable to attend after undergoing emergency brain surgery last Wednesday.

Her sister then launched a social media campaign that caught the attention of the international star, who paid a surprise visit to her home yesterday.

With a small band of musicians, Katy Perry performed several songs in the family’s lounge room, including her inspirational hit, “Roar”.

The singer said afterwards she was very impressed by the young fan.

What an amazing thing to do. Well done, Katy!