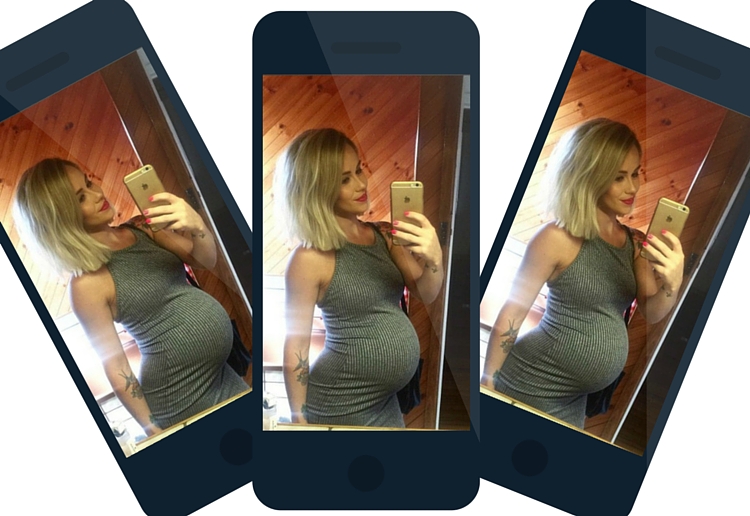 At almost 40 weeks pregnant an Australian Paralympian champion has uploaded an incredible video of her energetic bub pushing on the inside of her stomach.

The very pregnant belly of Kelly Cartwright, 26, can be seen on the video with the little bub inside moving and pushing limbs outwards from within her stomach with remarkable force.

‘It’s [sic] used to be round,’ wrote Kelly in the caption, before adding: ‘that’s his bum just poking out all day long! #39.5weeks #comeonlittleman.’

‘Haha he is probably going to wiggle his way out’, responded Kelly in a later comment as she joked that she ‘can see him never staying still’ in future.

Kelly Cartwright, 26, announced she was expecting her first child with partner, Ryan Miler in June of this year.  She was a contestant on the TV show, Dancing With The Stars this year where she was eliminated from the show when she was five weeks pregnant.

Kelly was gracious in her defeat, with both the judges and fellow contestants expressing their admiration for her and the ‘inspirational’ qualities she brought to the series.