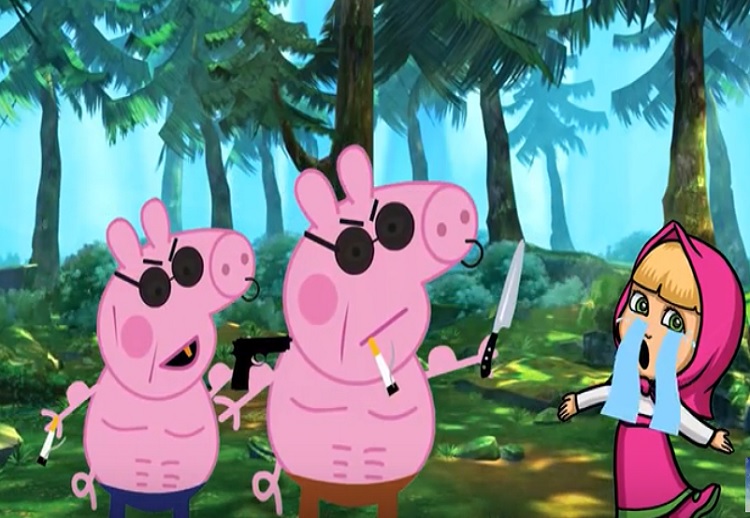 Furious parents found them alongside official clips on a YouTube app for youngsters, reports The Sun.

The app has been flooded with mock animations of Peppa chasing characters with knives and guns and even setting a house on fire.

One horrified mum said: “I thought I could safely let my three-year-old watch Peppa Pig on YouTube Kids. 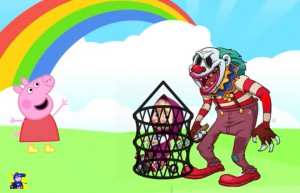 “But when I looked over his shoulder I saw a terrifying witch abducting George.

“The whole video was vile.”

The Sun on Sunday found it took a child aged three just minutes to find the videos, even though parental settings were set to content for pre-school kids.

A separate video sees Peppa flying a kite with cartoon character Masha when a terrifying clown armed with a knife swoops down, puts Masha in a cage and carries her off.

Another video sees Peppa and George vandalising a building and vehicle.

While the videos may not necessarily be targeted at kids, it certainly doesn’t take much to stumble upon them after a quick search.