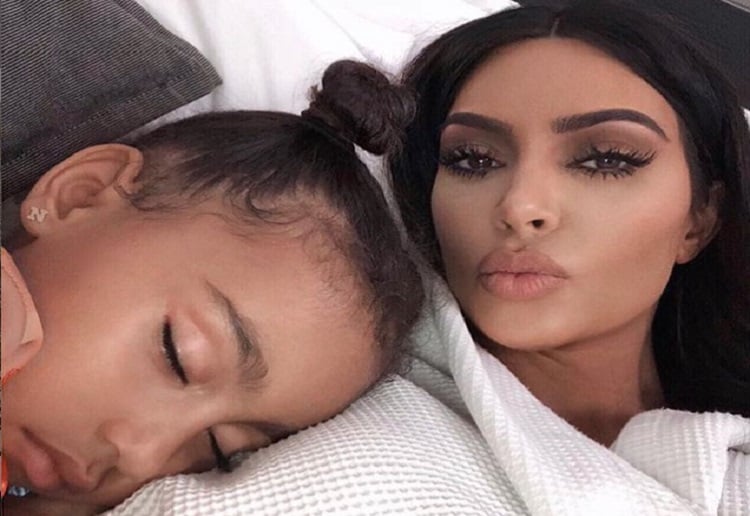 Kim K is getting slammed for her daughter’s phone use instead of just giving her a book to occupy the five year old.

The reality star shared a photo of her oldest child looking at a mobile phone.

It seems some of her fans disapproved of North getting screen time instead of brushing up on her literature.

“Makeup and phones at a young age is such a noooo no,” another commenter wrote.

“Her holding a book would be nice too,” added another follower.

“Kim, she’s a child not your mini me. You need to make her be humble and not a person who can’t do anything but sit in a make up chair. Of course, we all know she’s beautiful, we all know she’ll model, we all know she’ll be rich…but what about friends and integrity? Will she have that? Might want to ask yourself those and many other questions about how spoiled she really should be. IMO!”

The criticism comes after the World Health Organization’s new guidelines stating that children under the age of five should have no or limited screen time.

Another recent issue Kim faced was when North realised she couldn’t wear mum’s boots out in public.

She did NOT react well!  See for yourself below.  Nice little tantie, North!

Sooooo Miss North dressed herself and thought she was ready for the day until I explained she couldn’t wear my boots. ????????