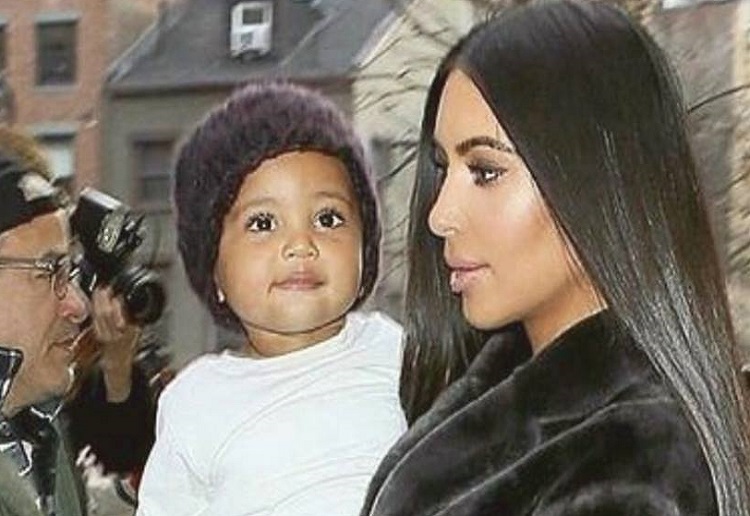 Kim Kardashian West posted a sweet picture of her son Saint in his car seat, she obviously never expected the photo to ignite a massive debate in the comment section.

The Facebook picture shows Saint facing forward in his car seat, which some followers have really taken issue with.

The comments in excess of 1700 include:

“He is so cute let’s protect this handsome boy by making sure is rear facing.”

“Needs to be rear facing. Ossification of vertebrae doesn’t happen until between 4-6 years. A one year old can be internally decapitated, which is almost always fatal, by just a quarter-inch stretch in their neck from an accident. Please rear face your children until they max out the seat, usually either 40 or 50 lbs.”

“I’m not trying to judge or anything. All mom’s aren’t perfect and we all make mistakes. But clearly he isn’t facing the right way. From mommy to mommy please rear face him until two. With all the paparazzi following you all the time you’re at a bigger risk getting into an accident. Don’t risk INTERNAL DECAPATIAION or any other injuries if they could be prevented!”

“It’s illegal to have a child facing forward in California that is less than 2 years old. Please turn his car seat around, it’s not too late! ”

“He should really still be rear facing.”

“He’s very cute, but it would be safer for him to be back facing in his seat.”

You get the picture. Many of her fans are defending her actions and pointing out that we don’t actually know what country she is even in during this photo and therefore have no idea what the carseat regulations might be.

The mummy shamers are certainly all over her once again.  But are they right in this case?