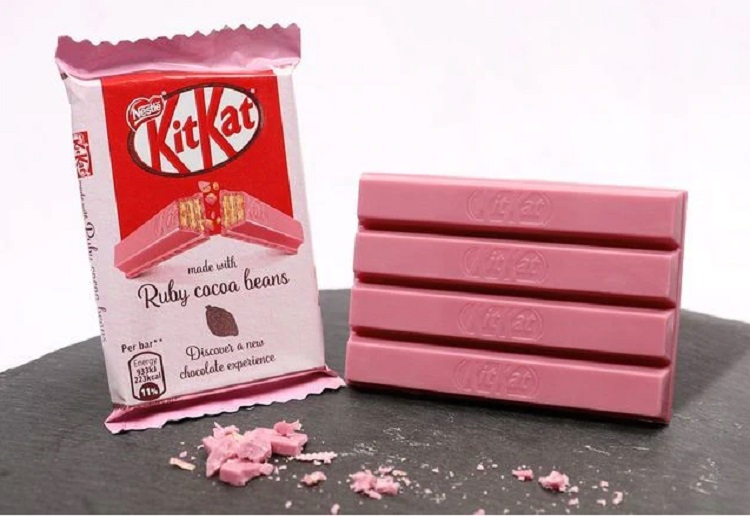 Ruby chocolate is the fourth type of chocolate, after milk, dark and white, and is the world’s only new cocoa bean variety to be discovered in 80 years.

KitKat Ruby will be available to chocolate lovers across Australia in Woolworths for $2 after a sell-out success in Melbourne in 2018.

Made using rare ruby cocoa beans – found only in a few locations including Côte d’Ivoir, Ecuador and Brazil.

‘KitKat has been inundated with requests from consumers across the country since Ruby chocolate was introduced.’

‘We’re delighted to be giving more people the chance to try it, with the launch of limited edition KitKat Ruby, timed perfectly to celebrate ruby chocolate’s first birthday in Australia!’

KitKat Ruby ($2) is available at Woolworths stores nationally from May 1 for a limited time only.