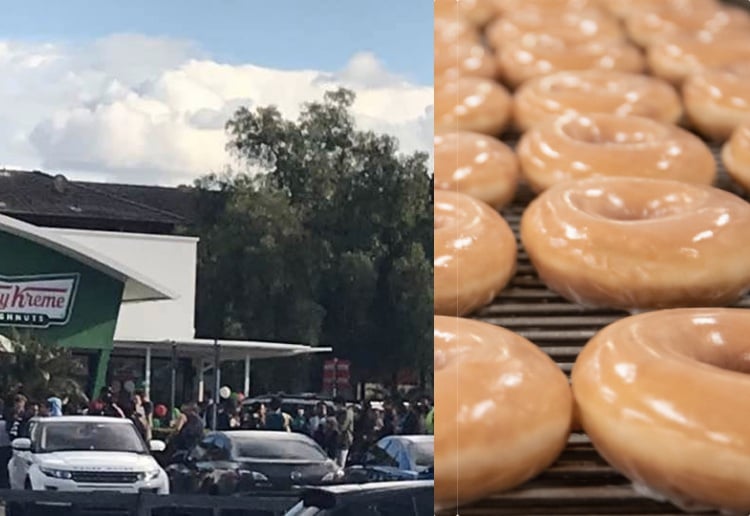 Did anyone say FREE doughnut?? Krispy Kreme did and the crowds went (literally) wild!

The popular doughnut brand made the announcement yesterday:

“For all the Aussies with birthdays between 13th March – 13th July join us in store on Monday 13th July (it’s our 83rd Birthday!) to receive a free Original Glazed™ dozen*.

You read that right. It’s a FREE DOZEN! We’ll be giving away 350,000 Original Glazed doughnuts!!”

This sugary-coated news was just the treat we needed to make up for those sad birthdays spent uncelebrated in isolation. But the doughnut company underestimated the demand for the free dozen and stores were stormed with crowds desperate for their celebratory compensation.

Despite the doughnut brand calling for fans to physical distance when in store, excited doughnut lovers stood shoulder to shoulder in snaking lines to get their hands on the glazed treats.

In some parts of the country, police were called in to control the crowds queueing outside the Krispy Kreme stores.

Many people lambasted Krispy Kreme for offering such a popular promotion in the middle of a pandemic.

“I think this was a stupid idea offering free donuts while there is a pandemic going on !! Attracting crowds for no good reason!” said one.

“Apparently free doughnuts are more important than their health,” another said.

“I understand this is a kind gesture, but I cannot stress how insensitive it is to run this promotion in a hotspot in Victoria, and force police to close the area due to the influx of people.”

A Big Hole With No Dough

Within hours, all 36,000 packs of a dozen doughnuts were grabbed and thousands of fans were devastated to be left with the hole and no dough.

As each store’s stock was decimated, the company made an announcement on their Facebook page. Each post heaved with comments from angry fans that had missed out (and a smattering of happy ones who managed to grab their glazed dozen.)

Krispy Kreme finally made the announcement on their facebook page that all stores were sold out.

”ALL stores have now SOLD OUT!

We’ve received such a massive response to our Iso Bday celebration that all of our stores have now SOLD OUT of delicious Original Glazed dozens! March-July babies, give yourself a pat on the back – you sure love your doughnuts!

With this being said, some of our stores will close for the day shortly. We hate to turn people away, but we must stress that this offer was while stocks last (36,000 dozens).

We thank everyone who visited one of our stores today and waited patiently – another huge thanks for cooperating with our staff. Together, we made today special. We hope we’ve helped you reclaim some of your rightful birthday glory.”

While many fans were overjoyed with snagging their bday dozen, there were others who were not happy with the promotion.

“How disappointing, I had been waiting in the heavy traffic for over an hr in Penrith to receive some for my sons birthday but then get told that they have sold out, how am I going to explain that to my 7yr old son who never really got to celebrate his birthday. His extremely disappointed and doesn’t understand that they got sold out,” said one disappointed fan.

“Absolutely ridiculous in Penrith. Said they were sold out, but had a crapload of people in drive thru & certain people were allowed in. Don’t know how that works. Would’ve been better to offer certain months. Not just everyone come in the 1 day! 4 very disappointed kids,” said another disgruntled doughnut lover.

“Parramatta store sold out at 1.30 pm. People in line told by staff more was on the way, but no stock ever arrived. Very poor communication for the poor souls that waited for nothing. Don’t promise if you can’t deliver,” said another.

Krispy Kreme clearly thought it was a clever marketing ploy to reward those with iso-birthday but unfortunately, the promotion backfired bigtime and left many fans with a bad taste in their mouth.

As a reponse, Krispy Kreme has canned their next promotion. They announced this on their Facebook page today:

“To our amazing fans and customers,

We had planned to run a ‘Buy One, Gift One’ offer later this week to continue our initiative and help share some joy in a time where we all need it most. Due to the developing COVID-19 situation across Australia, Krispy Kreme Australia has made the decision to postpone our ‘Buy One Gift One’ offer to a later date.

We hope to provide an update on this offer in the near future.”

Did you manage to get your birthday Krispy Kreme doughnuts? Did you even try? Tell us in the comments below. 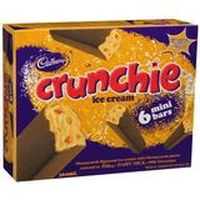 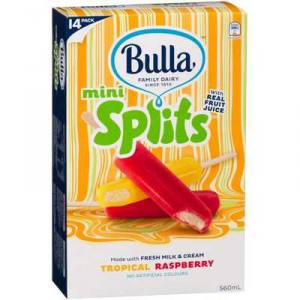 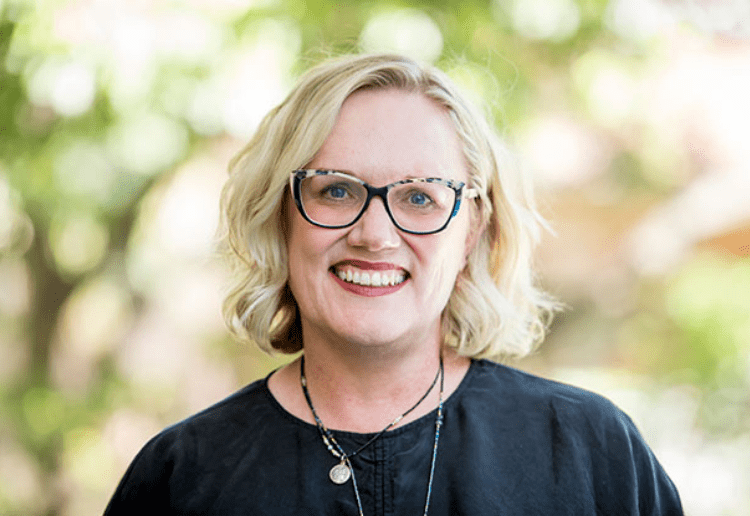