Article Labour pains and peak-hour traffic do not mix well 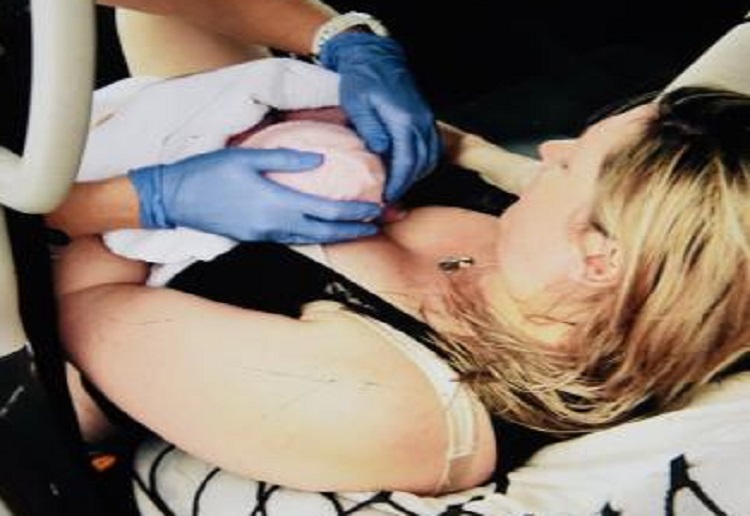 They were on their way to the Women’s and Children’s Hospital on May 12, when they got stuck in peak hour traffic at 8.30am.

He decided to deliver the baby himself.

“I sort of panicked a bit,” Mr Curran says.

“Bianca was telling me to go round the cars, the ambulance on the phone told me to stay put.

About 30 minutes later, they welcomed Danica to the world, with ambulance crews assisting.

Ms Grant said parking near two busy cafes did not help the situation.

“People were walking by and everyone could hear my Jurassic-style screams from the car,” Ms Grant says.

“I had my feet on the dashboard and a bus pulled up next to us.

“We were trying to put up sheets in the windows to give us some privacy.

“The last thing I wanted was to end up on YouTube from someone taking a video.”

Mr Curran joked he would recommend it to other couples.

“We ended up getting it done pretty quickly,” he says.

“It was funny in a way. We can look back and laugh at the situation now because it had a happy ending.”

Nawww what a story to tell their little baby girl as she grows up.