Article Let them ride bikes … motorbikes that is! 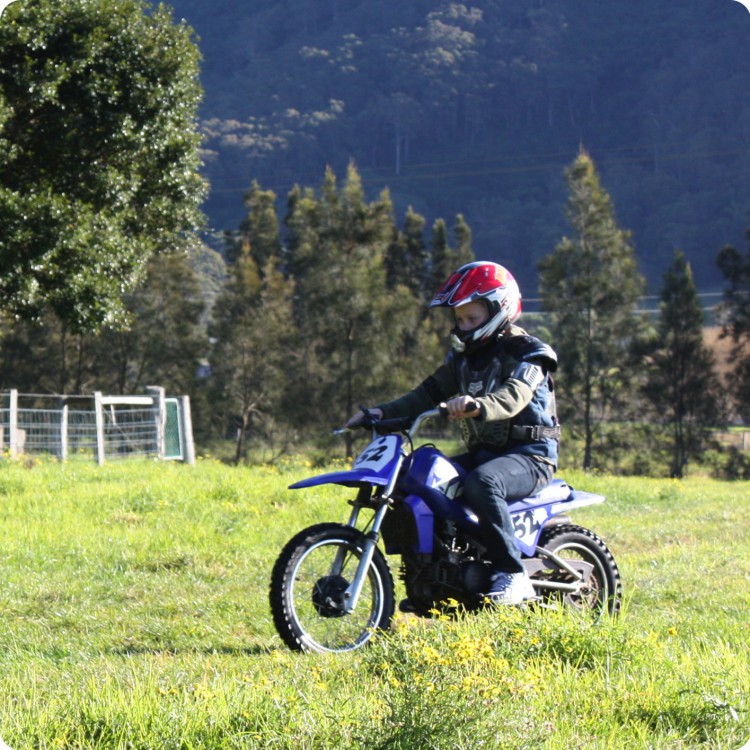 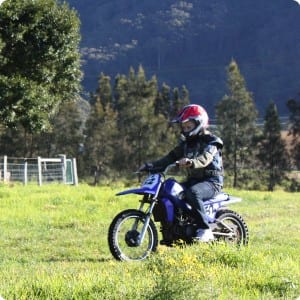 When your child is born, your mothering instincts kick in – pretty much immediately.  You never truly sleep deeply again, you’re the first to hear them cry, you know what they’re saying even when they can’t speak, you’re always there to pick them up and you can pretty much anticipate every little scrape and bruise that’s going to happen.  Yes, you’re very much in control …

Fast forward 10 years and you are still the Mum.  You help your children practice caution whenever they can and your guiding hand and words of wisdom are ever present – hopefully instilling in them some degree of self preservation.  Which is why I feel quietly confident when I say that it would go against most Mothers’ instincts to applaud the day when Father and Son come in after a day ‘fanging it’ on the motorbikes in the paddock!  Yes, at some level we all offer advice to our children about safe sports – and riding motorbikes certainly isn’t topping that list!  The combination of speed, mud, potholes in the paddock and a bunch of boys (you guessed it – the fathers and the sons) seems a recipe for broken bones and missing skin.

So, as a good mum I should have cautioned both my husband and son against ‘fanging it’ on the bikes this weekend just gone.  However to be honest, it was just so good to see my oldest son jump onto the bike he was lent for the first time ever and take off like a rocket, that I couldn’t help but feel glad he was outside and really getting into something.  He was there with two of his best mates and the two Dads and they all had a blast.  Yes, there were jumps! Yes, they all pushed themselves further than they should but at the end of each day they came in ready for a big dinner and a (relatively) early night.  They’d then jump up early the next day, scoff a quick breakfast of whatever cereal was the fastest to shovel and then they’d put on their ‘armour’ and be back out there. 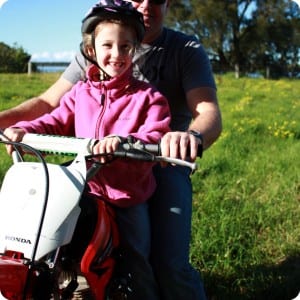 Even the little girls got into it too.  Doubles with the Dads was the order of the day so it really wasn’t often one of the Dads didn’t have at least two little girls with them. The girls were all too young to ride themselves although our nearly seven year old did give it a very good try!  No doubt when she’s a little older and slightly stronger, she’ll give all the boys a run for their money so they’d better watch out?

And what of the mums while all this action happened outside our door?  We had a wonderful time slow cooking beautiful beef fillet, baking scones, drinking tea and flicking through the past six month’s worth of trashy mags to catch up on all the celebrity goss.  We were also lucky enough that the Berry Markets (held first Sunday of the month) were only a 30 minute drive away.  We took the little girls and had a fabulous morning shopping for bargains and sampling dutch pancakes, corn on the cob, some great coffee and buying some lovely treats to take home. 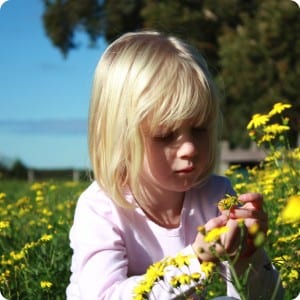 It wasn’t all girly, girly though.  I did get on the bikes and gave the boys a run for their money.  We did take the kids down while the vet visited a couple of cows and I did go into town to pick up an old tyre and a big long length of rope to make the kids an old fashioned tyre swing from one of the big trees.  It was a huge hit and I loved it even better because it cost next to nothing!

Last night we packed up weary kids and drove home with them all asleep.  I reflected that my Physio friend would have a heart attack knowing I’d let the kids ride the motorbikes (she’s seen so many victims of motorbike accidents) and I thought about how my Dad would have shaken his head with worry.  But I resolved that sometimes, we need to let our kids try something new – even if there is a hint of danger.  Give them the words of caution only a mother can and place them under the watchful eye of the man who loves them as much as we do and then realise that we can’t control everything and … let them go.