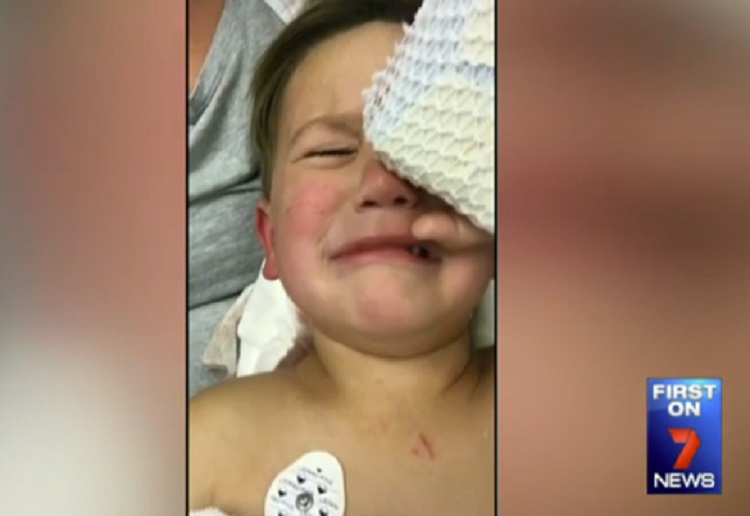 A little boy who was nearly killed by a falling glass door has been haunted by nightmares of the event.

7 News reports, Lawson Lowe still struggles with the trauma after a glass door fell on him leaving him with a huge gash on his back that needed 300 stitches.

The three-year-old is still struggling with nightmares, but thanks to two kind paramedics he had been able to confront his fears and take a look inside an ambulance for fun.

Lawson took full advantage of the experience and even got to have a go at pretending to drive the vehicle.

Lawson’s mum Aleeda Lowe told the 000 operator: “A glass door just fell on my not even three-year-old. It’s the biggest gash I’ve ever seen in my life on his back”

Lawson has been left with deep scaring physically and mentally following the accident.

Mrs Lowe added: “We got told if he had been facing the opposite way he would have died on the floor.”

Lawson was brave during the ride to Sydney Children’s Hospital and he still remembers what happened.

The paramedics hope to replace those bad memories with good ones. 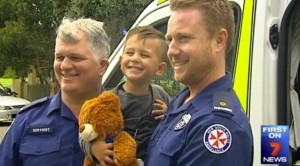 Paramedic Pat Dale told 7 News: “It’s good that we got to come here today, meet him, and make sure he’s not scared of ambulances.”

So terrifying for the poor little man.