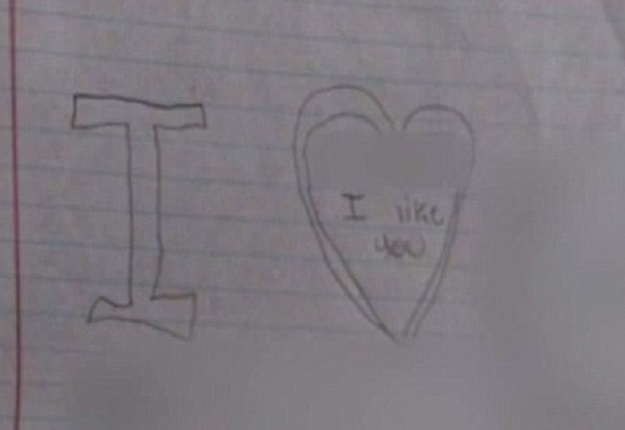 An innocent love letter passed from a nine-year-old boy to the girl he likes in class has caused a huge drama at a small Florida elementary school.

The letter describes the girl as ‘pretty’ and ‘cute’ and says she has ‘eyes like diamonds’, but of course kids being kids, some of his class mates started making fun, saying that he wanted to see the girl naked.

That’s when the principal was notified, and an investigation was launched.

The boy’s mother  is outraged over how her son has been treated.

‘That’s when the principal proceeded to tell me that it wasn’t appropriate that he was writing the note and that if he writes another note, they are going to file sexual harassment charges on my nine-year-old.’

The school district said that because the boy sent more than one letter the situation qualifies as harassment.

The district also said it discourages children passing notes because it is a distraction.

However the boy’s mother said it was a harmless gesture.

Poor kid!  This is ridiculous and must be so embarrassing for him.