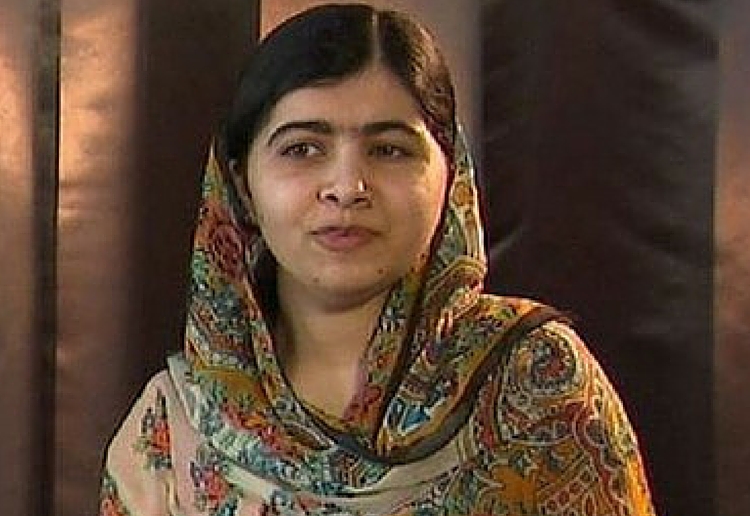 In a rare interview, Nobel Peace Prize winner Malala Yousafzai, the teenage activist shot by the Taliban, has told Sky News overnight that world leaders need to understand the power of education if they are to combat terrorism.

Speaking in Birmingham at an event, Malala said:

“A new generation is understanding it but politicians are quiet…And there can be several reasons for it, but I think it’s important – if they realise their key goal is to combat terrorism – then they must educate the children, the people there.  Because, as we can see in many countries, there have been wars but terrorists are still there … the countries thought that they have fought now, they have ended terrorists, terrorists are killed. But no, through wars and weapons we can only kill terrorists – but this ideology of terrorism can only be ended through education.”

Asked whether more needed to be done to protect women and children from attacks such as last weekend’s terrorist attacks in Lahore, Pakistan, she said:

“We need to think where did these people come from in the first place, suicide bombers who are killing people. Education is key but also the government … they need to change their policies, they need to ensure that every child gets full quality education that brings the message of tolerance, patience and love for each other, friendship and harmony in society.”

The 18-year-old has become an international campaigner on education, meeting many of the world’s leaders in her push to get more girls educated around the world.  She was also awarded the Nobel Peace Prize for her work in 2014.

Malala was just 15 and living in Pakistan when she was shot by the Taliban after vocally campaigning for the rights of girls to go to school.

After recovering from her injuries she now studies and lives in the UK with her family.

Malala very rarely does interviews as she does not want to disrupt her studies.  She is currently studying for her AS levels in Birmingham.