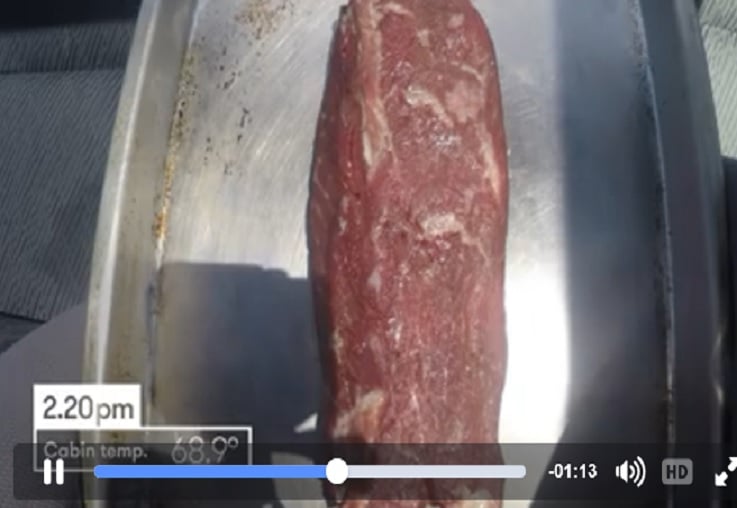 If this doesn’t convince you how dangerous it is leaving your child in the car, nothing will!

Matt Moran last year teamed up with Kidsafe to launch the “unconventional oven”.

Matt put two lamb loins inside the car, using just the car’s extreme temperature to cook them. When he removed the meat and carved it he said they were “totally overdone”.

“Seventy-five per cent of the temperature rise occurs within the first five minutes of parking the car and 90 per cent within 15 minutes,” Ms Wilson says.

The video states: “Reaches temperature in minutes, maintains stable temperature throughout. This is no ordinary oven – it’s an ordinary car”.

As a father, Matt said he is “gobsmacked” at the number of children left in cars. “I couldn’t believe it, I think Australia needs to know it is not safe, at any point in time, to leave a kid in a car. It is like an oven,” he says.

Watch the video for yourself:

“Every year across Australia, over 5,000 kids are left unattended in cars. To prove just how hot the sun makes a parked car, renowned chef Matt Moran literally cooked a meal in one.”

Are you shocked at how quickly the meat cooked through?